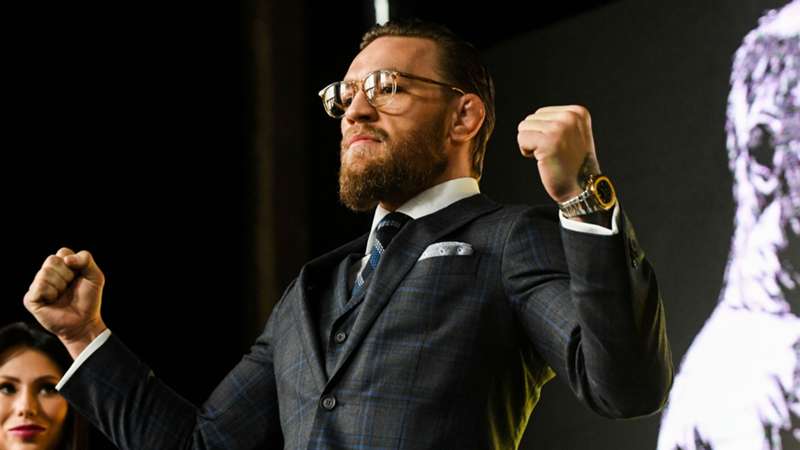 'The Last Stylebender' could become only the fifth fighter to hold two UFC championships at one time on Saturday.

This weekend sees Jan Błachowicz defend his UFC light-heavyweight championship inside the Octagon against current middleweight titleholder Israel Adesanya in the main event of UFC 259. Should Adesanya emerge victorious, he will leave the building with two world championship belts.

While not unprecedented, it's certainly an elite achievement. In fact, only four other fighters have managed it in the juggernaut MMA promotion thus far.

If Adesanya does indeed dethrone Blachowicz, he will have attained 'champ-champ' status faster than the four before him - 1120 days, to be exact, from his Ultimate Fighting Championship debut. However the step up will be one of his toughest challenges to date, and if he does indeed become double champ number five in the UFC, he will have earned it, no doubt.

So, who else is in the club? Here are the four who were able to put one belt over each shoulder before Adesanya's historic attempt on Saturday.

It was a historic night all around at Madison Square Garden on Nov. 12, 2016 as not only did UFC 205 mark the promotion's first event in New York City following a lengthy ban, but McGregor aimed to become the first simultaneous dual champion.

The then-featherweight champion was in electric form as he outclassed defending lightweight kingpin Eddie Alvarez before finishing him off with a graceful combo in round two of a scheduled five. McGregor famously told broadcaster Joe Rogan in the cage after the fight: "I want to take this moment to apologize... to absolutely nobody!"

The Irishman achieved the feat 1317 days after his UFC debut, not only making him the first ever 'champ-champ' but he also remains the fastest fighter to achieve it, unless Adesanya is victorious.

After winning the vacant light-heavyweight title in 2015 against Anthony Johnson, 'DC' weathered the UFC 214 defeat to Jon Jones when it was made a no-contest due to Jones' positive drug test. One more defence followed at UFC 220 against Volkan Oezdemir before he moved back to heavyweight to challenge Stipe Miocic.

Cormier's four-minute, 33-second KO of the defending champ saw him join McGregor in the two-belt club, though in August 2019 Miocic would avenge the loss before winning the trilogy last year. Cormier, now 41, retired after the second loss to Stipe and has now transitioned into a broadcasting career to positive reviews.

Nunes dethroned Miesha Tate at UFC 200 to cap a four-fight win streak. Her record at the time in July 2016 read a respectable 13-4, but she would evolve into an unstoppable tour de force and arguably the greatest female fighter of all time from there.

After demolishing and retiring women's pioneer Ronda Rousey in her first defence, Nunes made two more successful defences before impressively KOing Cris Cyborg in just 51 seconds at UFC 232 to add the featherweight title to her collection.

Cejudo's title win over long-reigning flyweight ruler Demetrious Johnson was considered upset of the year in 2018, and just two fights later Cejudo stepped up to bantamweight to halt Marlon Moraes in three rounds to complete his double haul.

Just as fast as he soared into superstardom, however, Cejudo called time on his UFC career. He made one defence of the bantamweight title after vacating the flyweight strap, vanquishing Dominick Cruz in two rounds last May, and immediately announced his retirement.