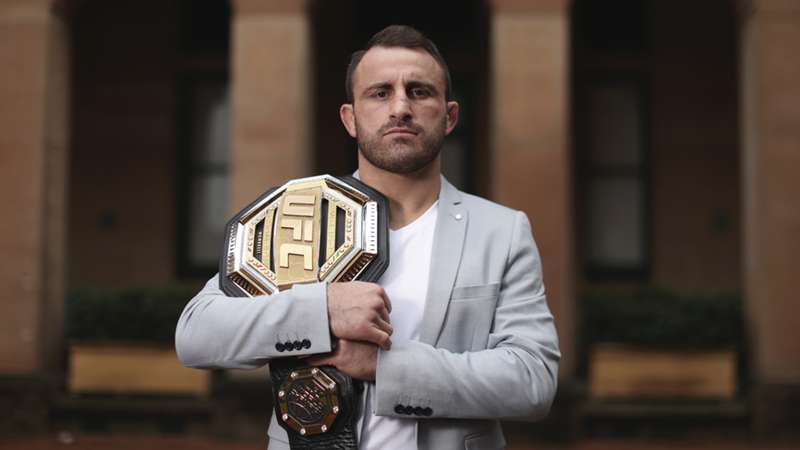 Everything you need to know about UFC 266, which features two championship fights and the return of Nick Diaz.

The UFC returns with their next major event on Saturday as UFC 266 takes place from T-Mobile Arena in Las Vegas. The organization is returning with a bang, highlighted by two championship fights and a featured attraction with the return of a former superstar.

The main event has Alexander Volkanovski defending the featherweight belt against former 145-pound title challenger Brian Ortega. In the co-main event, Valentina Shevchenko looks to continue her reign of terror when she puts the women's flyweight title on the line versus Lauren Murphy. Then, in a five-round contest, former Strikeforce welterweight champion, UFC 170-pound title challenger and one of the sport's biggest stars, Nick Diaz, returns after a six-year layoff to take on former welterweight kingpin Robbie Lawler.

Volkanovski and Ortega were set to face off at UFC 260. The bout was postponed due to Volkanovski testing positive for COVID-19. Instead of remaking the fight when Volkanovski was healthy enough to compete, the UFC made him and Ortega coaches of The Ultimate Fighter.

Since winning the title from Max Holloway at UFC 245, Volkanovski's only made one defense of the championship which was a split-decision win over Holloway at UFC 251 that many people feel should have went the other way. Now 100 percent and coming off a TUF stint with Ortega, Volkanovski is ready to get back into the swing of things. It starts with Ortega this weekend.

Ortega competes for the 145-pound title for the second time. He came up short at UFC 231 in a sprited effort to Holloway. The California native has only competed once since then when he dominated "The Korean Zombie" to win a lopsided decision in October.

“I see the game, I play the game,” Ortega told TMZ Sports. “I’m climbing this technical mountain, to speak. These guys are already there. They’re far beyond me, I admit that, like some technical s—. But when I get in there, I’m different. There’s some things you can’t teach through technique. On the spot, on the go, when I’m in your face, when I touch you, when I hit you, I make you feel different things. That’s always been my advantage, and now that I’m adding technique to it, I’m climbing, I’m climbing, I’m climbing, I’m learning. I’m only getting more dangerous.”

The UFC 266 main card is deep and a must-watch.

Here is everything you need to know about UFC 266.

The UFC 266: Volkanovski vs. Ortega main card pay-per-view launches at 10 p.m. ET/3 a.m. BST, before the headliners walk into the Octagon at approximately 12:15 a.m. ET/5:15 a.m. BST. As a reminder, that time depends on the length of the earlier fights.

In the United States, people can order UFC 266 exclusively via ESPN+ pay-per-view for $69.99. Across the pond in the United Kingdom, fans can watch the event via BT Sport.

Where is UFC 266: Volkanovski vs. Ortega?

UFC 266 takes place live from T-Mobile Arena in Las Vegas. It will be the second time Volkanovski competes in the venue. The first time was UFC 245 when he became the featherweight champion. On the other hand, Ortega fights at T-Mobile Arena for the third time, where is he 2-0 with both wins coming via stoppage.