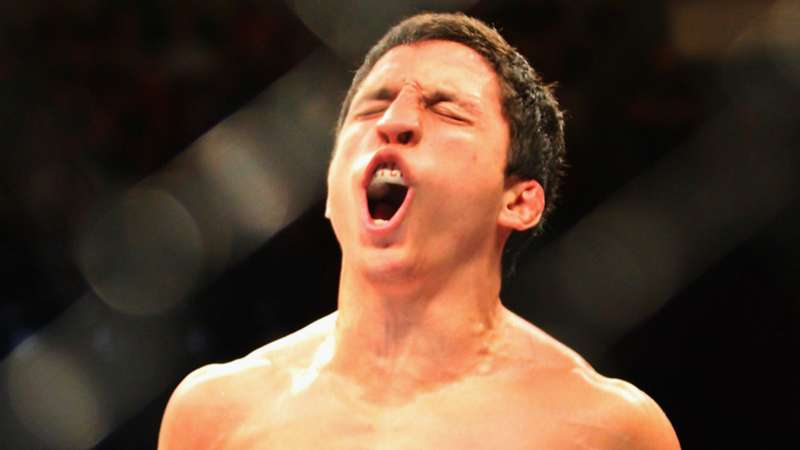 Everything you need to know about UFC Fight Night at "Fight Island," which is headlined by Deiveson Figueiredo and Joseph Benavidez squaring off for the vacant UFC flyweight championship.

It looks like we'll finally have a flyweight champion after the title was vacated by Henry Cejudo back in December when Joseph Benavidez and Deiveson Figueiredo meet at UFC Fight Night on Saturday.

The fight card will serve as the third from "Fight Island" and be headlined by two fighters who are familiar with each another.

Figueiredo and Benavidez met back in February to crown a new flyweight champion, but Figueiredo failed to make weight and couldn't claim the title despite scoring a second-round TKO.

The fight has now been rebooked for "Fight Island" in hopes of filling a vacancy that has existed for the past seven months.

Also on the card is a middleweight battle between Kelvin Gastelum and Jack Hermansson that will assist in clearing the way for a future title challenger.

Both fighters are in dire need of a win or else will find themselves on the outside looking in. Gastelum has lost two fights in a row to Israel Adesanya and Darren Till while Hermansson is coming off of a knockout loss to Jared Cannonier.

Here's everything you need to know about Figueiredo vs. Benavidez.

Figueiredo vs. Benavidez will take place Saturday, July 18, with the main card beginning at 8 p.m. ET. Figueiredo and Benavidez are expected to hit the Octagon around 11 p.m. ET, although the exact time depends on the length of the earlier fights.

Where is UFC Fight Night: Figueiredo vs. Benavidez?

Figueiredo vs. Benavidez will take place at the Flash Forum in Abu Dhabi as part of the UFC's series of events at "Fight Island." UFC held its first event there last weekend when Kamaru Usman defeated Jorge Masvidal at UFC 251. There will be no fans in attendance because of the coronavirus.

In the United States, the prelims, beginning at 5 p.m. ET, will be simulcast on ESPN, ESPN+ and UFC Fight Pass in English and Spanish. The ESPN+ main card will kick off at 8 p.m. ET.

In Germany, Austria, Italy and Spain, the main card (2 a.m. CEST Thursday) will be available on DAZN, the global sports streaming service.

How much does UFC Fight Night: Figueiredo vs. Benavidez cost?

In the U.S., Figueiredo vs. Benavidez will be available on ESPN+. It is not a PPV event, but it does require a subscription to the ESPN+ platform.

Figueiredo vs. Benavidez will also be available on UFC Fight Pass, which has monthly and annual subscription options.

In Germany, Austria, Italy and Spain, the main card will be available on DAZN, the global sports streaming service.

Pricing options for UFC content varies globally, depending on region and platform.