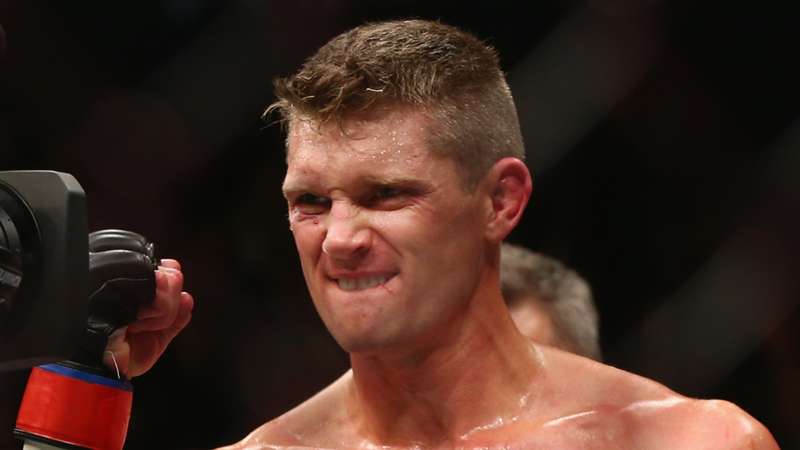 "Wonderboy" astonished in a surgical victory over in the main event at the UFC Apex in Las Vegas.

A wide array of kicks, sniping punches and constant, swift movement around the Octagon: Stephen Thompson used all three as part of his MMA wizardry to stifle Geoff Neal and deliver a unanimous decision victory in the main event of UFC Fight Night on Saturday.

All three judges saw it 50-45 in favor of the veteran at the UFC Apex in Las Vegas.

An accidental head-butt during the first round left both fighters sporting a gash above his right eye, with Thompson getting the worse of the exchange. But that was about the most damage Neal could muster as "Wonderboy" dug in and started using his stealth movement to keep Neal off his rhythm.

As he kept Neal turning his hips, Thompson showed savvy in unloading a diverse selection of kicks and delivering pinpoint punches that seemed to land flush repeatedly over the five rounds.

Although Neal made Thompson feel his power by landing hard left hands in select sequences, including stiff shots that certainly rocked "Wonderboy" during the waning seconds, Thompson put on a clinic and proved he has plenty left to offer at 37.

After rattling the body with hard shots earlier in the bout, Aldo cinched in a body triangle tightly and shrewdly rode it out until the end of the third and final round. The savvy move on the ground helped pave the way for Aldo's unanimous decision win. All three judges scored it 29-28 for him. After the victory, Aldo called out T.J. Dillashaw for a fight early in 2021.