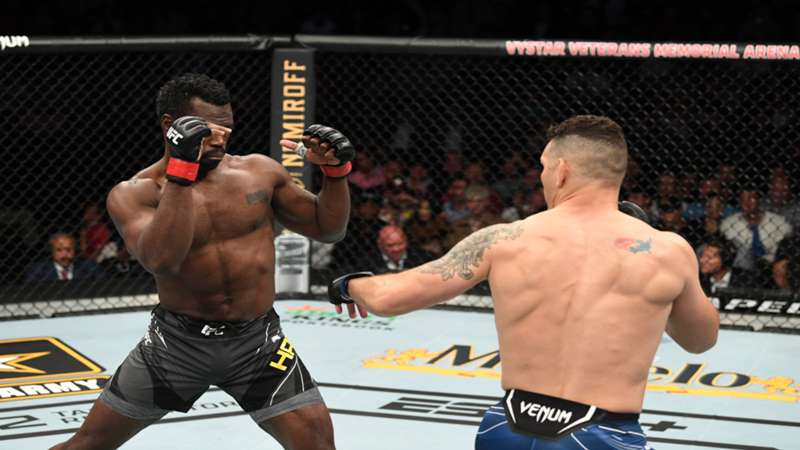 Everything you need to know about Uriah Hall and Sean Strickland in a middleweight main event at UFC Fight Night on Saturday night in Las Vegas.

The UFC train rolls on with their fourth event in July on Saturday as UFC Fight Night occurs from the UFC Apex in Las Vegas.

This time, the middleweights take center stage in a battle of friends when No. 8-ranked Uriah Hall takes on No. 11-ranked Sean Strickland. The contest was supposed to happen next week at UFC 265 but got shifted to this weekend.

Hall rides a four-fight winning streak going into his second headliner out of his last three fights. In his last time out, Hall beat Chris Weidman at UFC 261 but not how he wanted to get it. Seconds into the bout, Weidman suffered one of the most gruesome injuries you could ever see when he threw a leg kick, Hall checked it, and when the former middleweight champion planted his leg, the limb cracked, and Weidman crumbled to the mat in agony.

Like his opponent, Strickland has won four consecutive fights to earn himself his first-ever UFC main event slot. To put himself in this position, Strickland defeated Krzysztof Jotko via unanimous decision at the beginning of May. But, friends or not, Strickland knows what to expect come fight night.

“I consider Uriah a friend of mine,” Strickland told LowKickMMA. “Not only (did I train with him) at Xtreme Couture but also back in Reign when Mark Munoz was throwing down. I’ve trained with him a lot. He was actually a guy I didn’t really like to train with because he was kind of a f—ing d—. The things he threw were so dangerous, and he had like no control of it. So, when you spar Uriah, you have to fight Uriah to shut that down.

“Uriah’s path to success is catching me,” Strickland continued. “He’s a very dangerous man, and if I f— up, you’re gonna see me waking up on the canvas. That’s a likely possibility."

Someone's winning streak is going to go. So which run will come to a halt?

Here is everything you need to know about UFC Fight Night: Hall vs. Strickland.

UFC Fight Night: Hall vs. Strickland takes place on Saturday night with the prelims launching at 6 p.m. ET/11:00 p.m. BST and the main card kicking off at 9 p.m. ET. That spells a 2 a.m. start for the UK. Hall and Strickland should make their walks to the Octagon at approximately 11:15 p.m., although that depends on the lengths of the previous bouts.

In the United States, the UFC Fight Night: Hall vs. Strickland prelims can be seen in its entiriety on ESPN and via live stream on ESPN+.

Where is UFC Fight Night: Hall vs. Strickland?

Hall vs. Strickland will be held at the UFC Apex in Las Vegas. Hall and Strickland compete at the venue for the second time.