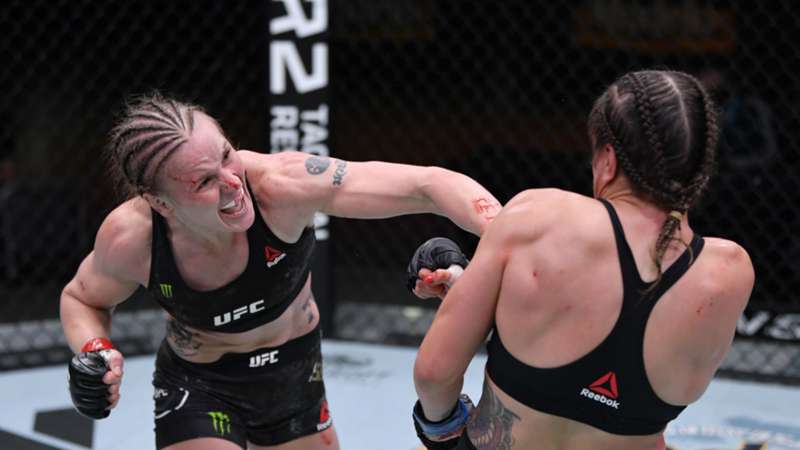 Will we see the highly anticipated third meeting between the two best female fighters in the world?

The win was Shevchenko's sixth consecutive, along with four straight defenses of her 125-pound crown. But the question is now what's next for Shevchenko?

Contenders Jessica Andrade and Lauren Murphy were brought up during Shevchenko's post-fight news conference. While Schevchenko was open to those bouts — with Andrade appearing to be the more likely of the two — she said she wants a third crack at bantamweight and featherweight champion Amanda Nunes to determine who is the best female fighter in the world.

"I think the second fight I didn't lose," Shevchenko said. "Technically lost, but I don't. I think the third fight will be something big, but it needs to be in the right time. I would like to see fans with a lot of crowds and energy because I know if it is going to happen someday, it is going to be huge."

Shevchenko (20-3) and Nunes (20-4) first locked horns at UFC 196 in March 2016, with the dual champion winning a close unanimous decision. They met again 18 months later at UFC 215; Nunes escaped with a split-decision nod in a bout some pundits felt should have gone Shevchenko's way. Nunes has been open to a trilogy in the past, but UFC president Dana White has been reluctant to make it because of Nunes winning both fights.

Nunes is on absolute tear, winning 11 consecutive fights — with seven of those coming inside the distance. It's unknown when she will return to the cage. "The Lioness" was set to defend her featherweight belt against Megan Anderson at UFC 256 but had to pull out due to an unknown injury.