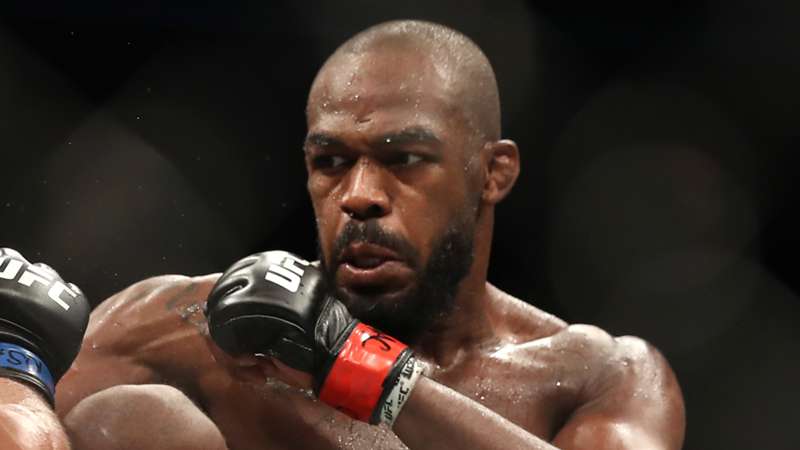 From Jon Jones to Georges St-Pierre, Anderson Silva, Khabib Nurmagomedov and more, DAZN News offers a dozen of its picks for MMA fighters who have cemented their GOAT status.

To be labeled great in mixed martial arts is a stamped certification of skills. But to be called among the greatest of all time is an ushering into the elite annals that legions of fighters, critics and fans alike will look up to forever.

There have been plenty of great MMA fighters over the course of the sport. However, only a select few have reached GOAT status. DAZN News capped it at a dozen in no particularly order below.

How is “The Spider” a GOAT when he counts 11 losses on his ledger? It’s simple — by fathering one of he most unique fighting styles that we have ever witnessed peering through the Octagon and being dominant doing it.

A then-record 16 consecutive wins across a six-year reign in the UFC (June 2006 – October 2012) had the Brazilian defeating everyone from Chris Leben to Rich Franklin (twice), Dan Henderson, Forrest Griffin and Vitor Belfort to name a few. And he didn’t just beat them. He outclassed them with precision and flair. The reverence a future GOAT like Israel Adesanya gave Silva was just a sample size of a salute to his influence as a legendary fighter.

“The Eagle” capped his mixed martial arts career by submitting a murderer’s row of Conor McGregor (fourth-round neck crank), Dustin Poirier (third-round rear-naked choke) and Justin Gaethje (second-round triangle choke) and it took him a round less each time.

He exited the Octagon with a pristine 29-0 record, having left his lightweight championship behind as the best wrestler/grappler that the sport has ever seen. GOAT stamp certified.

Yes, Jon Jones was a puzzle that Daniel Cormier could never quite solve. Then again who could? Also, “DC” took rough back-to-back losses to Stipe Miocic to end his career but what a legendary tenure it was.

Cormier spun a positive from his loss to Jones, which was later overturned into a No Contest, by earmarking a huge 2018 to defeat Volkan Oezdemir to defend his light heavyweight championship and then blast Miocic in one round to be crowned heavyweight titleholder and become one of only four Double Champions in history of the UFC.

Miocic among the MMA GOATs is undeniable thanks to defending his heavyweight championship against Alistair Overeem, Junior dos Santos and Francis Ngannou all in succession. Then, taking two of three fights from Daniel Cormier to win that trilogy only certified his legacy that much further. Don’t count him out following his second-round KO loss to Ngannou back in March, either. History shows that Miocic roars back with a vengeance after setbacks.

"The Last Emperor" had a reign of ice cold dominance that spanned nearly 10 years and had him flattening notoriously rugged foes such as Mark Hunt, Mirko Cro Cop, Mark Coleman (twice) and Antonio Rodrigo Nogueira (twice) just to name a few. It's part of the reason why Emelianenko has fortified his name as perhaps the GOAT amongst the GOATs.

A double champion who eviscerated the likes of Miesha Tate, Ronda Rousey, Cris Cyborg and Holly Holm in one round each and counts two wins over the great Valentina Shevchenko, Nunes has already stamped and bolstered her GOAT status during an undefeated six-year reign of destruction. If she rebounds from her shocking second-round submission loss to Julianna Pena, it will merely be icing on the championship cake and an icy reminder of who the GOAT really is.

Want dominance? "Mighty Mouse" produced 11 straight title defenses of his flyweight championship from 2013-2017 and his split-decision loss to Henry Cejudo in August 2018 could have very well been decided in favor of Johnson. While his name might get overshadowed by louder personalities, there's no doubting Johnson's tact and overall greatness.

Aldo's featherweight championship reign was dominant even if it ended with a 13-second starching at the hands of Conor McGregor. Despite that loss and falls to Max Holloway, be keen to Aldo's longevity. The 35-year-old stayed busy in 2021 with victories over Pedro Munhoz and Rob Font to extend his winning streak to three and remain a viable threat.

About that 13-second sparking of Aldo, McGregor combined that with a drumming of Eddie Alvarez less than a year later to become the very first double champion in UFC history. Yes, he has lost three out of his last four fights to rivals Poirier and Nurmagomedov and he's past his prime, but there's no disputing McGregor's pay-per-view drawing power and the greatness he already cemented. Not the greatest, but definitely the most "Notorious." If he can retool enough to notch more significant wins, McGregor will add to his legacy.

Don't make that mistake and leave Holloway out of any GOAT conversations. He has the kinds of victims in Aldo twice, Brian Ortega, Anthony Pettis, Charles Oliveira and Frankie Edgar that bolstered his resume. Plus, he arguably did enough to defeat Alexander Volkanovski in their rematch before suffering the controversial split-decision loss. His master class spanking of Calvin Kattar and unanimous decision over Yair Rodriguez this year shows how Holloway remains a key threat with his pinpoint, relentless striking. One of the GOATs for sure.

GSP rode out his MMA career by generating nine straight welterweight title defenses. Then, for good measure he added a rear-naked choke of Michael Bisping in his middleweight debut. That dominance is already unblemished. Then, consider that St-Pierre hardly loss a round during that reign and his legend only swells to being the Greatest of All Time, perhaps period. Definitely the most well-rounded.

Let's face the facts — the only person to ever defeat Jon Jones has been himself, repeatedly due to his ongoing entangling with his own demons, leading to major indiscretions. But in that Octagon, "Bones" Jones has remained the most complex puzzle to solve, almost surgical in his approach of downloading information on the fly and tactfully finding ways to have his hand raised — whether they be power, precision or a combination of both.

Who's to say that Jones can't return and be crowned heavyweight champion?

He's already been a king of the Octagon with 10 light heavyweight title defenses. Accomplishing a heavyweight championship reign would only put more jewels in the GOAT crown and perhaps put it too far out of reach.