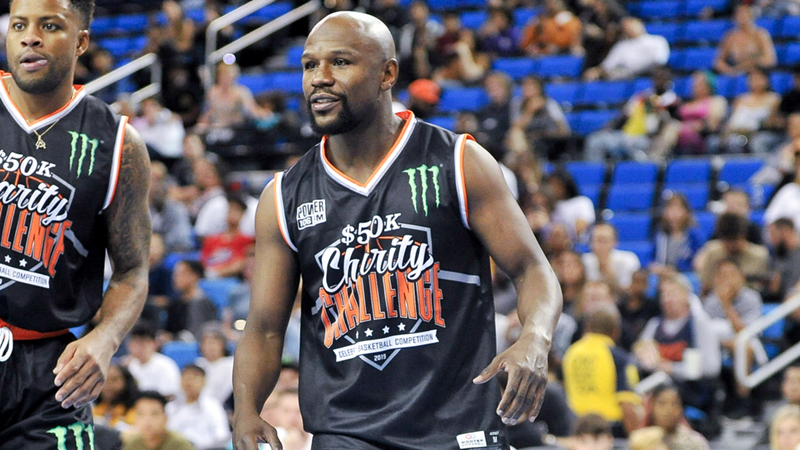 The undefeated boxer took part in a charity basketball game, and his ankles are officially broken.

Floyd Mayweather Jr. was one of the many participants Monday night in the Monster Energy $50K Charity Challenge Celebrity Basketball Game, but he probably wishes he sat this one out.

BC vs FLOYD MAYWEATHER
🎬
Today was Legendary at the @power_106 celeb game at UCLA! Big shoutout to @djeman @gronk @floydmayweather for putting together this type of event for teen cancer awareness and the @50kcharitychallenge
I can’t wait for the next one with @vaynersports pic.twitter.com/mAANlYk7Wr

At the end of the day, it was a fun moment in a game for charity. But that didn't stop Twitter from reacting to Mayweather's ankles being broken on the play. People who attended the game recorded multiple angles of the play, and several others offered their opinions.

What Bone Collector did to Mayweather was a crime. I’m surprised he didn’t try and fight him 😂