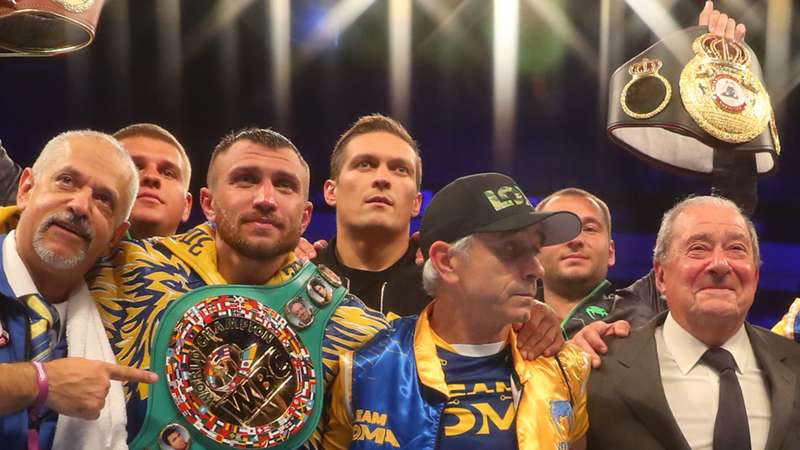 With Bob Arum in the ring and speaking with Sky Sports about the unified WBA/WBO/WBC world lightweight champion's next moves, it happened.

Undisputed cruiserweight king Oleksandr Usyk, now a heavyweight, savagely video-bombed the Top Rank promoter, flashing his friend Loma's newly won green-and-gold WBC title and their native Ukrainian flag before all at the O2 Arena in London and live on the ESPN+ app.

Just when you thought you couldn't love @usykaa anymore... pic.twitter.com/2eJZASILGs

The moment made for instant Twitter hilarity, with boxing fans and pundits chiming in about Usyk's scene-stealing moment.

I love Usyk.
What a fighter.
What a character.#LomachenkoCampbell pic.twitter.com/7y4nKajO2O

What did we do to deserve Usyk? pic.twitter.com/ppDpejmmMZ

Just imagine what Usyk would do if Lomachenko follows through and becomes undisputed king, too.