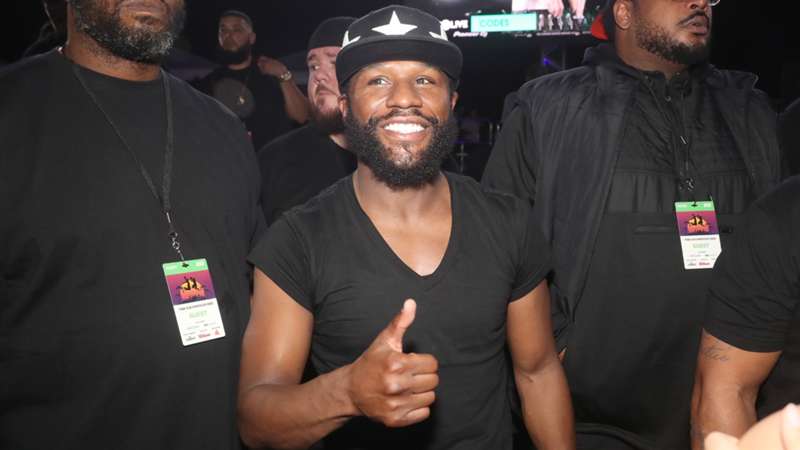 The pair are reportedly in the final stages of negotiations for their fight in Dubai.

Floyd Mayweather is set to return to the ring next month with a deal to fight Rashed Belhasa, also known as 'Money Kicks', on the helipad at the Burj Al Arab Jumeirah hotel in Dubai.

The contest will take place over eight rounds and Belhasa isn't afraid to face one of the best to ever wear a pair of boxing gloves.

"I grew up with lions - I am not scared of any human being," Belhasa told Sky Sports.

"I will never fear any human."

The social media influencer, who often shows off his luxurious lifestyle, also discussed how the fight with Mayweather came about.

"I never thought I would ever fight Floyd. He is the best fighter ever. When I was young, I would collect his 'The Money Team' caps," Belhasa revealed.

"Mayweather's team asked my team for a meeting. We thought: 'No way will this happen!'

"The same day of the meeting, I saw Mayweather saying: 'I would love to fight Rashed'.

"It is an honour that he has called me out."