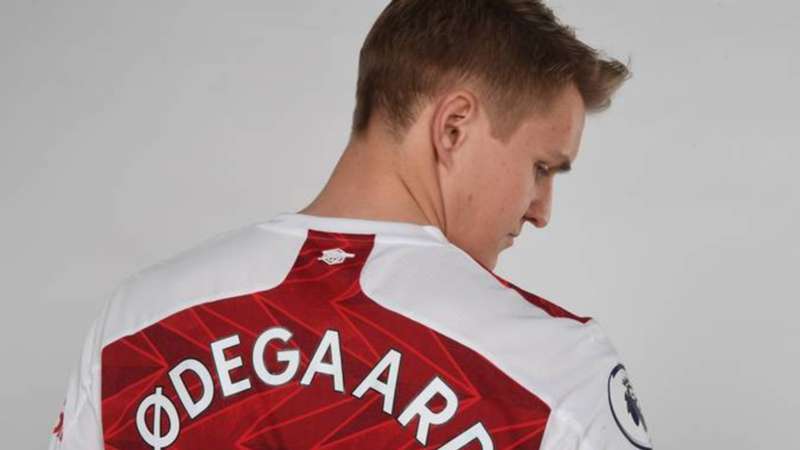 One of the January window's big expected moves has finally been confirmed.

Talented Norwegian prospect Martin Odegaard has completed his move from Real Madrid to Arsenal on loan for the rest of the 2020-21 campaign.

The attacking midfielder, who was recruited by the Spanish giants aged just 16 in 2015, has impressed in various loan spells in Holland's Eredivisie and also for Real's divisional rivals Real Sociedad, but continues to find opportunities in Los Galacticos' first team limited.

Now 22, Odegaard could continue the steady climb to his full potential under Arsenal boss Mikel Arteta with the Gunners these days finding themselves closer in league performance to Sociedad than they do to Madrid.

Arteta said: “It’s great that we’ve secured Martin to come to us until the end of the season. Martin is of course a player that we all know very well and although still young, he has been playing at the top level for a while. Martin will provide us with quality offensive options and we’re all excited to be integrating him into our plans between now and May.”

The new arrival admitted to Arsenal.com that Arteta was a key reason he chose to head to The Emirates Stadium.

"I spoke to him before coming here, of course," Odegaard explained. "That was very important for me and he seems like a top manager and I liked his ideas, the way he sees football and also the way he is.

"He gave me a great feeling and that was important for me to come here. He was crucial.

"I think every time you go to a new place, you want to make sure that it feels good and that there is a plan. But I think everything here just seems good.

Odegaard will wear shirt number 11 for the London club, though it remains to be seen whether or not he will be ready as early as their next game on Saturday at home to Manchester United.

Gunners technical director Edu added: “We are delighted to welcome Martin to the club until the end of the season.

"I would like to thank everyone at Real Madrid and Martin’s representatives for their collaboration in making this loan move happen. Martin is an exceptional talent and we are strengthening our squad by introducing an exciting offensive player to the club for the remaining months of this season.”