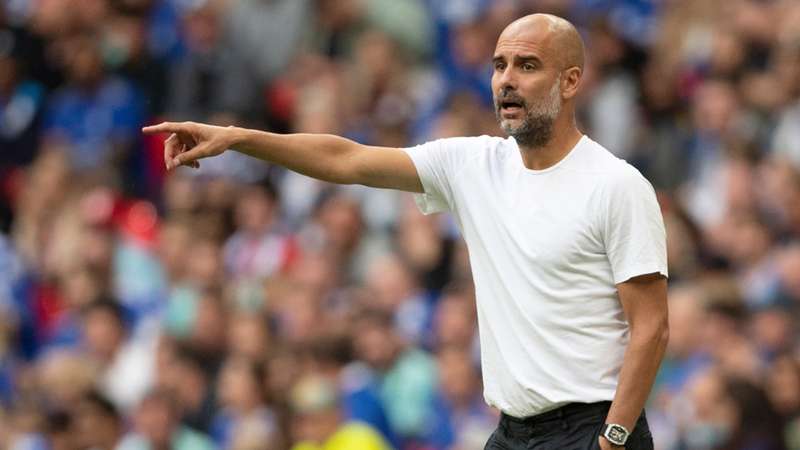 This weekend sees two huge derbies taking place in what will be an attempt to put an early marker down in the Premier League title race.

The Premier League is back with a bang this weekend following the international break with two huge derby matches taking place.

First up on Saturday in the early kick off, Arsenal and Tottenham Hotspur meet in the North London Derby, which is then followed a day later by defending champions Manchester City welcoming city rivals Manchester United to the Etihad Stadium.

Despite this being just the eighth matchday of the 2022/23 season, these two intense fixtures could give an early indicator when it comes to who will be in the running for the Premier League title come the business end of the domestic campaign.

Arsenal currently sit top of the table going into Saturday’s clash against Spurs, and while they have certainly impressed fans with their style of play, the Gunners slipped up in their first big test against Manchester United earlier this month.

Mikel Arteta’s side found themselves on the wrong side of a 3-1 loss to the Red Devils and while it isn’t a worrying sign, it will certainly weigh on the mind of the Spanish coach ahead of another clash against one of the Premier League’s ‘Big Six’.

But it won’t be just Arsenal who will have their sights set on the Premier League title, their North London rivals also believe that they have a credible shot at English football’s biggest prize.

For once, Spurs had a relatively normal Summer transfer window, making sensible signings such as Richarlison and Cristian Romero, and the lack of drama off the pitch has translated to a strong run of performances on it.

Spurs are yet to lose a Premier League game, and thrashed Leicester City 6-2 before the international break which saw Son Heung-Min finally end his goalless drought this season with a hattrick.

But facing Arsenal will be a different proposition in what is always an entertaining fixture. If Spurs are to beat their North London rivals, they would need to weather the attacking storm from the likes Gabriel Jesus, Gabriel Martinelli and Bukayo Saka, however, Spurs have shown they are more than capable of snatching a result.

The 2-2 draw with Chelsea earlier in the season showed that despite being outplayed for the majority of the game, Spurs have the players to turn a match on its head.

A win for either team in the North London Derby will see them go top of the table, albeit for a few hours depending on the result in Manchester the next day.

Manchester City have showed no signs of slowing down since their title triumph at the end of last season. Yet to lose a game this season, Pep Guardiola’s team find themselves in second place, one point behind Arsenal, but now comes the first serious test against a resurgent Manchester United team.

After a 2-1 loss to Brighton & Hove Albion on the opening weekend and then a 4-0 thrashing by Brentford, pressure had already been mounted on the shoulders of new manager Erik ten Hag, but since those two disappointing performances, the Red Devils have gone onto win their next four Premier League games with impressive victories against Liverpool and Arsenal.

Ten Hag’s system looks to slowly be taking shape, but now his team will face their toughest challenge yet when they face Guardiola and his free scoring City side.

New City striker Erling Braut Haaland has adjusted quickly to life in England’s topflight, scoring 11 goals in seven games and he will be looking to do the same against his team’s biggest rivals.

What United cannot allow City to do is keep possession and dictate the pace of the game, but this is easier said than done with 50,000 or so boisterous City fans roaring their team on. Centre backs Rafael Varane and Lisandro Martinez also need to stay disciplined in such a high pressure game where they cannot afford to lose their heads, especially Martinez who has shown glimpses of being rash and hot headed.

But while the odds maybe stacked against United, the Red Devils often produce some of their best performances in the Manchester Derby, so Sunday’s matchup has the chance to be an exciting one.

Whoever comes out on top in these two derbies matches over the weekend will certainly make a statement to the rest of the Premier League when it comes to title aspirations.

Arsenal and Spurs will want to keep pace with City who show no signs of slowing down, while a win at the Etihad for United will not only see the team thrust themselves into the title picture, but also continue the positive momentum as Ten Hag looks to return this English footballing institution to its former glory.