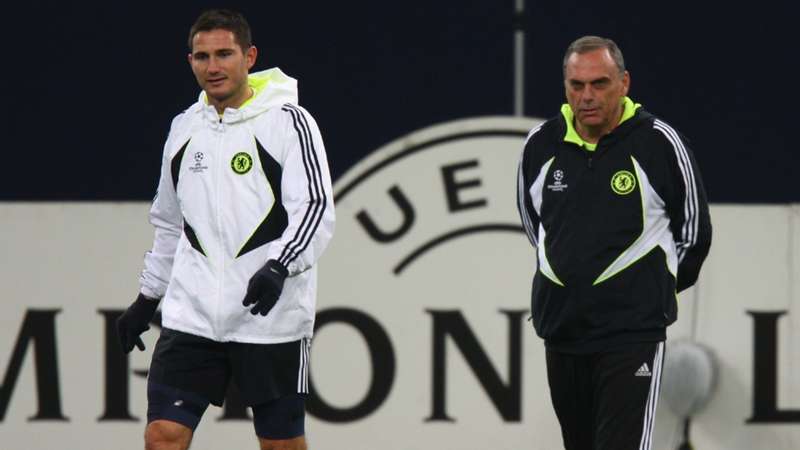 Grant is being considered as short-term help for the current Blues manager.

Chelsea has only won one of its last six Premier League games, and the struggling club is thinking outside the box to get its season back on track.

According to Sky Sports, Chelsea owner Roman Abramovich is considering bringing former manager Avram Grant back into the club. But Grant wouldn't be replacing current bench boss Frank Lampard — the report says the 65-year-old would join the London side as a team manager on a short term basis.

In Lampard's first season in charge, Chelsea finished fourth in the 2019-20 Premier League standings. The Blues started brightly in the current campaign, sitting atop the standings in early December before their current slide pushed them down to ninth place.

The poor run of form has led to increased speculation about Lampard's job security, but Grant took to social media late last week to defend his former star midfielder.

"What I can say to Frank and the others at the club is be patient, and more than this do whatever is necessary to do, that's for sure," Grant said in an Instagram post dated Jan. 7. "Two things: never lose it even when things are going well, don't lose your fighting spirit at the highest level.

"And second, don't lose what you have here — you need to think right and look for solutions. If you do that, then everything will be OK because the quality is there and there is a potential like there was in my time [at Chelsea]."

As a player, Lampard is synonymous with Chelsea. The 42-year-old rose to global prominence patrolling the midfield at Stamford Bridge for 13 seasons, and he enjoyed a productive campaign (20 goals in 40 games across all competitions) under Grant in 2007-08.

Abramovich hopes that the duo can recreate that season's success — Grant led Chelsea to the League Cup final and Champions League final that year, with the club also finishing second in the Premier League — with Lampard at the helm and his old boss providing support.