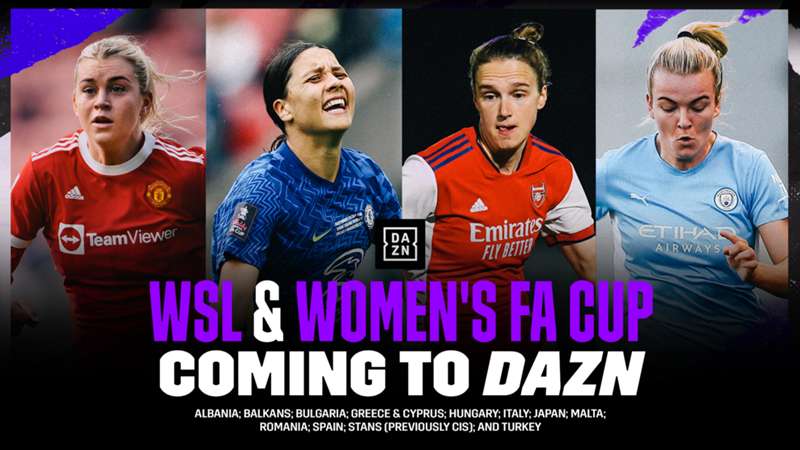 The global sports streaming service are investing further in the women's game.

DAZN has acquired the rights to broadcast the English Football Association (FA) Women’s Super League and Women’s FA Cup for two seasons across multiple territories including its key markets of Spain, Japan, and Italy.

The deal will see DAZN offer live and on demand access to a minimum of two FA Women’s Super League matches per round and multiple Women’s FA Cup games for free on DAZN’s UEFA Women’s Champions League YouTube channel for the next two seasons.

This is the latest in a series of women’s football rights to be acquired by DAZN, including a four-year global deal to broadcast UEFA Women’s Champions League, a five-year deal with Spain’s Liga F, a global deal with Women’s International Champions Cup and an eight-year contract to broadcast WE League in Japan.

It underscores DAZN’s commitment to elevate the women’s game, maximise its exposure, grow fanbases and invest in the entire ecosystem, which will benefit all stakeholders.

As the only truly global sports streaming company, DAZN is the perfect partner for women’s football and has already proved its worth.

Thanks to DAZN, the final of the UWCL between FC Barcelona and Olympique Lyon had a live audience of 3.6 million people worldwide, including broadcasts on DAZN, the DAZN UWCL YouTube channel and 11 free-to-air channels in Europe.

This represented an increase in viewership of 56% compared to the 2020/21 season finale, with Spain contributing the most with a total of 1.6 million views.