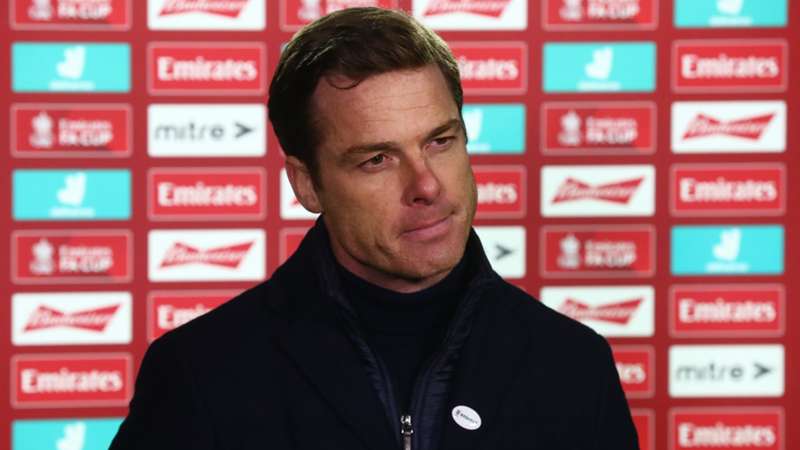 Parker says he was given just over 48 hours notice to prepare for Wednesday's match.

Scott Parker didn't mince words when asked for his thoughts on the short notice he was given to prepare Fulham for a match against London rival Tottenham on Wednesday.

"I am angry because it is not right," Parker said at his pre-match press conference on Tuesday. "It is wrong. That is why I am so angry."

The subject of Parker's ire is the Premier League's decision to schedule the Cottagers' contest against Spurs on just over 48 hours notice. The 40-year-old said he had first learned of the possibility of a match on Saturday, but it wasn't until early Monday that the fixture was made official.

"We were informed Monday morning at 9:30," Parker said. "To confirm that on Monday morning is scandalous. I accept we have to play the game, but it's the notice."

The match was initially set to be played on Dec. 30, but a COVID-19 outbreak within the Fulham squad forced a postponement just hours before kickoff. With Tottenham's Wednesday visit to Aston Villa delayed due to an outbreak within the Villa ranks, the league used the newly opened slot for Tottenham vs. Fulham.

Parker believes the issue would've been handled differently if he managed one of England's bigger clubs.

"Do I see that this would happen if this was a top of the table clash with two of the biggest teams and managers? Then probably not and rightly so," Parker said. "For me, this is not acceptable. It is [about] the integrity of the game, [and] the welfare of the players. We are now putting players into a [tough] position here after two days training."

Meanwhile, Tottenham manager Jose Mourinho — never one to shy away from a bit of pre-match banter with his counterparts — wasn't feeling too charitable when told of Parker's feelings about the scheduling.

"Are you serious? They had 48 hours to prepare for this game." Mourino said at his pre-match press conference on Tuesday. "Look, I had the news I was not going to play them two hours before the game started [on Dec. 30]."

Mourinho said that every manager has to deal with scheduling headaches as the league navigates the coronavirus pandemic. Still, the fixture list ultimately balances itself out throughout the season, he said.

"The biggest impact is to have matches postponed," the Spurs boss said. "The changing of the order, the impact is I would say minimal because, in the end, you have to play 19 matches at home, 19 away. You have to play two matches against every team."