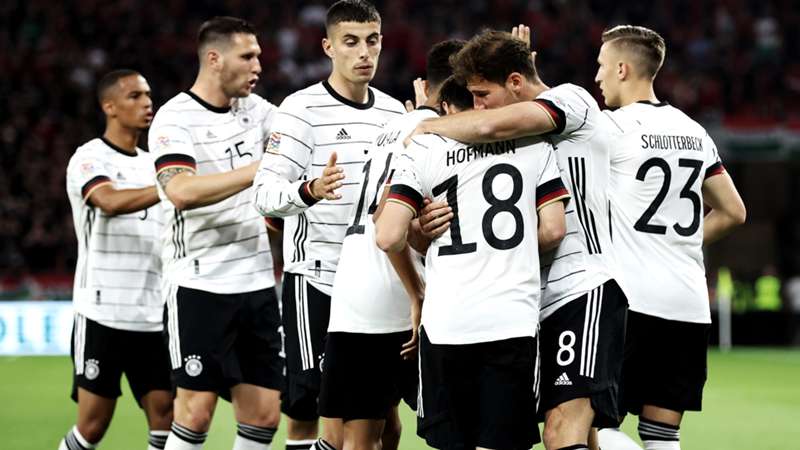 The teams square off Friday.

The top two teams in Group 3 of the UEFA Nations League meet on Friday as Germany hosts Hungary.

Not given much chance in a group with Germany, Italy, and England, the Hungarians have turned the narrative on its head by racing to the top of the four-team group heading into Matchday 5. They can take a giant step towards advancement into the semifinals with a victory over the Germans.

The teams battled to a 1-1 draw when they met on June 11, with both goals coming within the opening nine minutes of action. Each side heads into this match on the heels of a big victory, with Hungary having shocked England 4-0 in Wolverhampton on June 14, while Germany ran up a 5-2 scoreline against Italy on the same day.

Whether Friday's match is a high-scoring one remains to be seen, but the pressure of this top-of-the-table clash will be felt either way.

Here's everything you need to know about Friday's match, including broadcast info and kick-off time:

Germany vs. Hungary: What time is kick-off?

How to watch Germany vs. Hungary in Canada: TV channel, live stream

Germany vs. Hungary is available exclusively on DAZN in Canada.

How much does Germany vs. Hungary cost on DAZN?

The Germany vs. Hungary match is already included in the subscription cost for current subscribers.