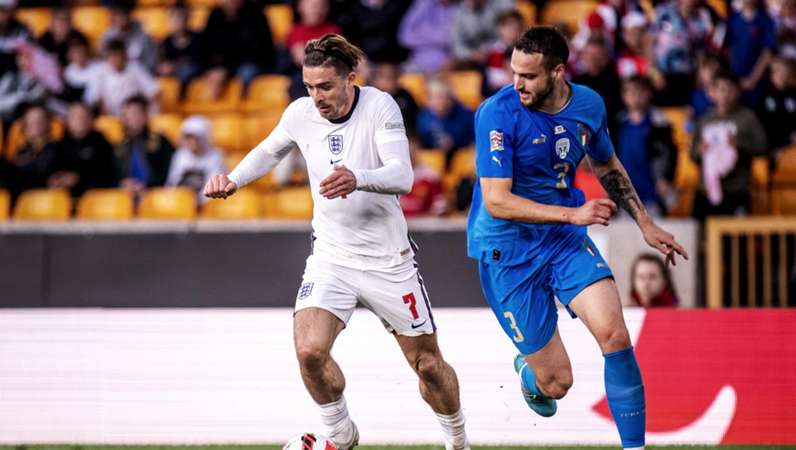 The teams square off Friday.

Italy and England renew hostilities on Matchday 5 of the UEFA Nations League.

The teams head into Friday's match in third and fourth place, respectively, in Group 3. It's a tricky predicament for the traditional powerhouses, who just over a year ago contested the Euro 2020 final at Wembley Stadium.

More recently, the Italians endured heartbreak when they failed to qualify for the upcoming World Cup. Qatar 2022 will be the second straight World Cup without the Azzurri, so Roberto Mancini's men will be keen to succeed in the Nations League in order to take some of the sting out of missing the quadrennial.

As for the English side, they will be heading to Qatar in November, but they'll want to put on a strong showing against Italy on Friday and at home against Germany on Monday as they prepare for the World Cup. Winning begets winning, so a couple of good performances over the next few days will go a long way for the Three Lions.

“Obviously, I have been to a World Cup semi-final, and these boys have been to the Euros final and one step further," said re-called England defender Eric Dier, "so there is a hunger and motivation inside all of us to now make that final step.”

Here's everything you need to know about Friday's match, including broadcast info and kick-off time:

Italy vs. England: What time is kick-off?

How to watch Italy vs. England in Canada: TV channel, live stream

Italy vs. England is available exclusively on DAZN in Canada.

How much does Italy vs. England cost on DAZN?

For current subscribers, the Italy vs. England match is already included in the cost of a subscription.