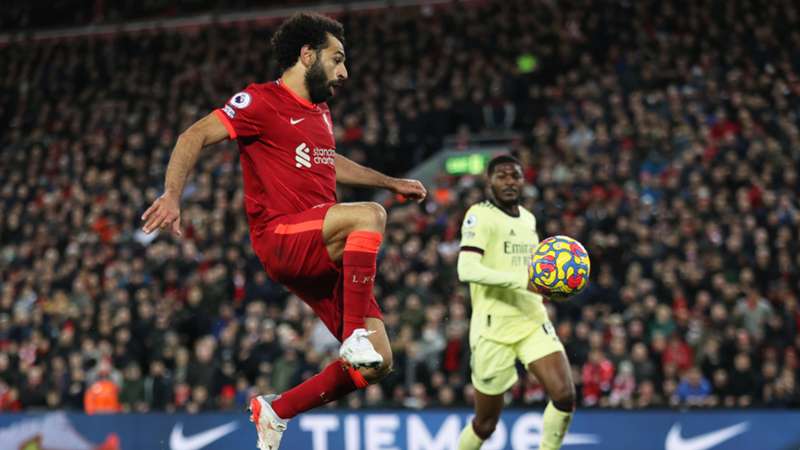 Liverpool stayed within touching distance of Chelsea with a solid performance against Arsenal.

Liverpool reminded Chelsea that they’re very much still in the title race with a superb 4-0 win over Arsenal.

Aiming to bounce back from their disappointing loss to West Ham a fortnight ago, Liverpool demonstrated all their firepower against The Gunners as they bombarded Aaron Ramsdale’s goal.

A quiet first half came to life when Jurgen Klopp and Mikel Arteta angrily exchanged heads following a collision on the pitch. Liverpool appeared energised after watching their manager lose his temper and they were rewarded when Sadio Mane connected with Trent Alexander Arnold’s cross.

In the second half, Liverpool took over and their attacking play was breath-taking at times. Diogo Jota showed great composure to make it two ad the Portuguese forward was involved in their third goal as Mohamed Salah finished off a well worked team goal.

Takumi Minamino, a late substitute, finished the night’s coring from close range as the scoreline resembled just how one-sided the game had been. Klopp wanted a reaction following the West Ham setback and he’ll be delighted with what his players gave him.

For full updates from today's game, please read below.

Liverpool are on top as Minamino makes it four

facebook twitter whatsapp
Liverpool are doing what they want with Arsenal. They've been cut open and Minamino makes it four.

Ramsdale keeping Arsenal in it

facebook twitter whatsapp
A mistake from Arsenal gives the ball to Jota in the box and he shows great composure to put Liverpool 2-0 up.

Liverpool lead at half time

facebook twitter whatsapp
A quiet first half exploded into life when Klopp and Arteta squared up on the touchline. Liverpool looked galvanised after the incident and fully desrved their lead when Sadio Mane put them ahead with a well placed header.

Klopp and Arteta square up on touchline

facebook twitter whatsapp
A coming together on the pitch has Klopp and Arteta raging. Both managers have to be restrained by their staff.

facebook twitter whatsapp
Aaron Ramsdale is called into action as he makes a brilliant double save from Thiago and Sadio Mane. Liverpool have control of the game but can they create more chances?

facebook twitter whatsapp
Both teams have spent the opening period feeling each other out. Chances have been hard to find. Will things improve?

facebook twitter whatsapp
Hello and welcome to DAZN's live text coverage of the big Premier League game, which kicks off at 17:30 GMT in the UK.