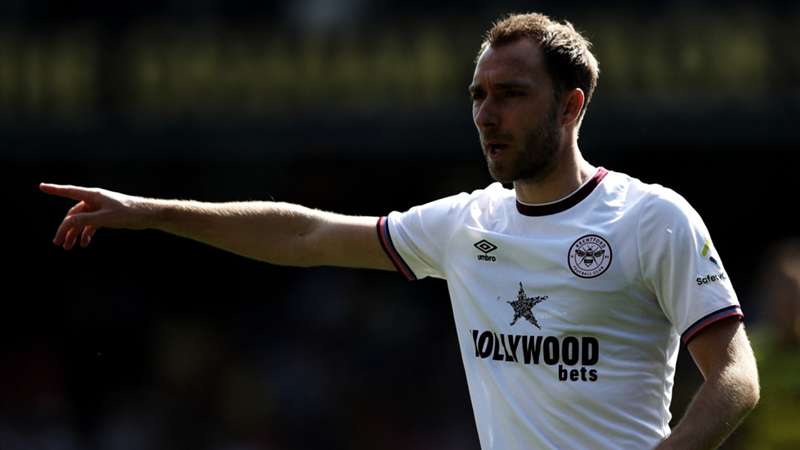 The Dane has several suitors this summer.

Christian Eriksen is a hot commodity among Premier League clubs this summer, with the Denmark international counting no less than three serious suitors for his services.

Eriksen is out of contract after returning to the English top flight with Brentford last season. The 30-year-old made an inspiring comeback from an on-field cardiac arrest suffered at last summer's Euros, and he has since shown with club and country that he still has the capability to play high-level football.

It's no surprise, then, that Eriksen has a number of clubs seeking to secure his signature ahead of the 2022-23 season. Included in that group are Tottenham Hotspur, Manchester United and Brentford, as well as a few others who haven't been as seriously linked with Eriksen as the three mentioned.

But what's the best fit for Eriksen? A longtime former Spurs player, there are likely several factors involved in his decision. Here are three that will likely make the biggest difference toward his ultimate choice:

Of the three main suitors, only two can realistically expect to compete for trophies in the near term — and only one can guarantee Champions League football during the upcoming campaign.

Tottenham famously leapfrogged rivals Arsenal for fourth place in the Premier League last season, giving them England's final ticket to the most prestigious club competition on Earth. Spurs are built to compete now, and an experienced addition like Eriksen could help push them into further rounds of the Champions League and other competitions.

Yes, Manchester United will compete in the Europa League, but a footballer at Eriksen's level (and age) will want to play in the best possible tournaments.

Normally this would be in Brentford's favour, given that he just completed a six-month campaign with the Bees, but it may not be the case given that Eriksen spent the most of the 2010s with Tottenham. With Spurs also being in London, Eriksen wouldn't have to uproot his family for the second time in a calendar year, either.

Of course, stability also refers to management and how settled each club is, which works against Manchester United. The Red Devils could surely pay Eriksen a higher salary than anyone else, which counts as wage stability, but the turmoil surrounding the club both on and off the field is not guaranteed to end any time soon.

Preparing for the World Cup

Denmark have qualified for Qatar 2022, and Eriksen is a key piece of that squad. He'll want to maximise his ability to go into the November World Cup fully fit and sharp from having plenty of matches under his belt, which is something that actually favours Brentford.

The Bees are the smallest of the serious suitors for Eriksen, and thus can guarantee him more playing time than the bigger clubs. However, fighting for playing time with, and training alongside, better players could also be seen by Eriksen as something that could help him maintain his level for the World Cup, and he'll only be able to do that at United or Spurs.

A return to Spurs would likely be the best fit for Eriksen under his particular set of circumstances.

That being said, Eriksen could like the project Erik ten Hag is putting together at Old Trafford and see it as a new challenge. Helping put arguably the biggest club in England back together could be an enticing task, and a big pay packet could surely help convince him.

As for Brentford, it seems as though they are firmly in third place for his services, and it would take a lot to tempt Eriksen to return.