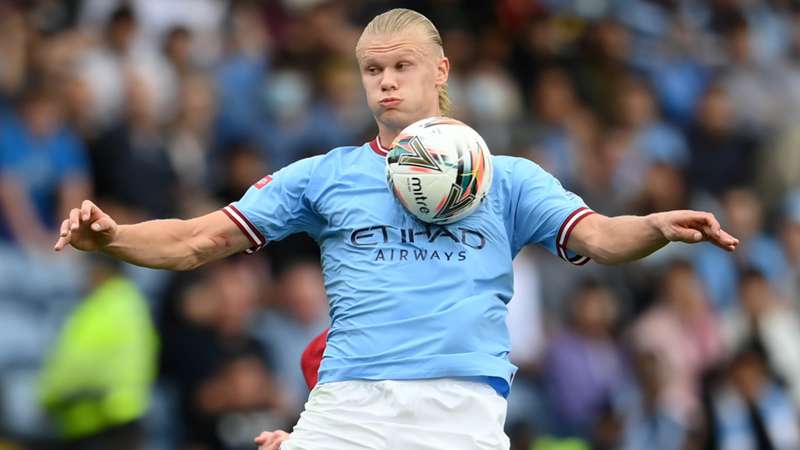 Mike Hewitt/Getty Images
Check your region for Canelo vs. GGG 3 on DAZN

Michael Owen liked what he saw when watching Erling Haaland against Liverpool recently.

Despite failing to get on the scoresheet in last weekend’s Community Shield, Erling Haaland still managed to impress Michael Owen.

The former England striker was a guest on The DAZN Soccer Show and being a player who was fully aware of scoring on the grand occassions, Owen has seen more than enough from Manchester City’s new man to believe he’ll be a success.

Going up against Liverpool’s formidable backline, Haaland didn’t have too many chances, but his movement was non-stop throughout the game.

In the closing stages, the Norwegian marksman was presented with a golden opportunity to open his account in England, but his close strike hit the crossbar. Owen doesn't believe the miss will impact the rest of his season.

“I was just mesmerised,” said Owen to DAZN when reflecting on Haaland’s performance. “You watch when he’s striking that ball, everybody’s just stood there watching, and he is lightning. He’s light years ahead of everyone thinking, ‘I’m going to get a chance.’

“He’s an absolute predator. He knows where the ball is going to drop, and he’s got that feel for a chance coming. Forget the finish, the way I moved, I just thought, ‘Wow.’ He is going to score loads of goals in this team. You wait until you see him in the Premier League and Champions League.”