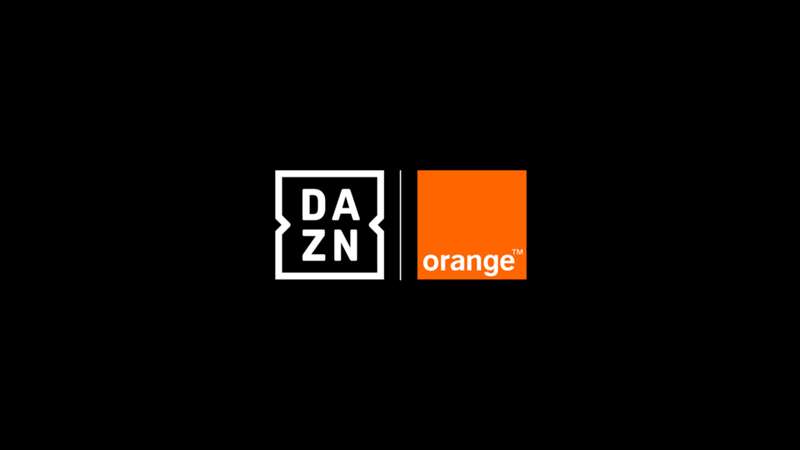 Orange customers will be able to enjoy the DAZN LaLiga package, as well as the rest of DAZN's sports content offer, including Premier League matches, F1 or MotoGP races and the Turkish Airlines EuroLeague.

Orange has reached an agreement with DAZN, the global sports streaming platform, to distribute its service in Spain within the Orange TV content offer.

Thanks to this agreement, Orange customers who so wish will be able to enjoy the DAZN LaLiga package, as well as the rest of the sports offer available on the OTT platform, as part of Orange TV content. Further details, including pricing, will be announced in the coming weeks.

DAZN acquired last December the domestic broadcasting rights to 175 LaLiga matches for the next five seasons, in addition to its existing broad portfolio of rights that includes some of the best international football competitions (Premier League, UWCL, Copa Libertadores, Copa Sudamericana, FA Cup, Copa Italia or MLS), a complete multisport offer (MotoGP, Moto2 and Moto3, F1, Turkish Airlines EuroLeague or Matchroom boxing evenings), as well as a wide range of original programming with documentaries and other special formats.

The quality of the Orange TV platform, both in terms of image and sound, as well as in terms of usability, will allow fans viewing live sporting events through the Orange TV set-top box to receive the content without delay and with the stability provided by the Orange network.

Nacho García-Legaz, General Manager of Orange TV, said: "For Orange it is very important to continue advancing in its strategy to make Orange TV the largest aggregator of audiovisual content in the Spanish market.

"Football is a high-value content and a loyalty factor for our customers. Therefore, we are very proud to have reached this alliance with DAZN, which will allow us to continue to be one of the few operators in Spain that offers not only the best cinema and series entertainment, but also the best football, and now, in addition, other content so valued by customers, such as Formula 1, Moto GP or EuroLeague basketball".

Bosco Aranguren, General Manager of DAZN Spain, said: "We are very pleased to announce this new agreement with Orange, which is an important step in DAZN's growth strategy in Spain. This alliance, which will further boost the consumption of sports via streaming, reinforces our commitment to bring top-level sports competitions to the largest number of fans in an easy, flexible and innovative way."

With this move, Orange TV takes another step towards becoming one of the most varied and extensive content aggregation platforms in the Spanish audiovisual market, with options and genres for all audiences that can be enjoyed wherever and whenever each customer wants. All this, thanks to its agreements with the main audiovisual providers, both national and international, to add new content to its offer.

For its part, and since its launch in 2019, DAZN has consolidated its position in the Spanish market over the last three years, both with the acquisition of new rights and the production of an extensive variety of on-demand content and with agreements to integrate its service with the main telecommunications operators.

In addition to Spain, DAZN, which is already present in more than 200 countries and territories, has in the last two years closed strategic agreements with pay TV operators and broadcasters in other key markets, such as Germany, Italy and Japan, where it is the leading sports broadcaster.