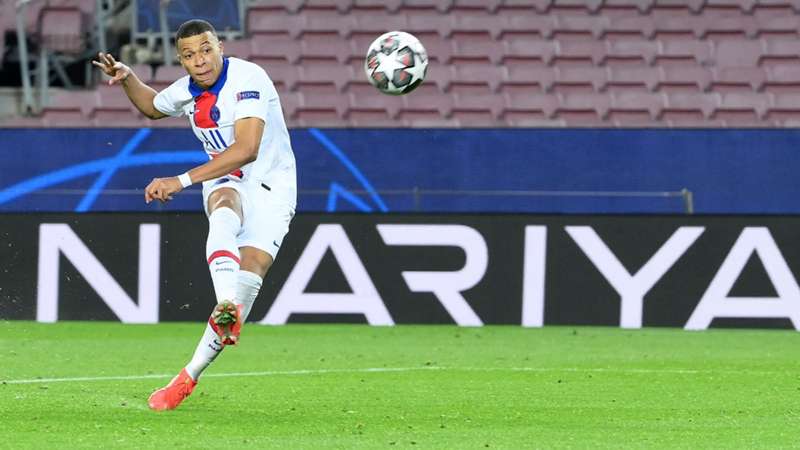 The French attacker salvaged a win for the home side.

It was left late, but Paris Saint-Germain edged past Real Madrid, 1-0, in their Champions League round of 16 first leg encounter on Tuesday.

Madrid seemed happy to defend and frustrate the PSG attack, as evidenced by their zero shots on target after 90 minutes of play at the Parc des Princes. Meanwhile, PSG nearly rued the missed chances that came from their 20 shots (seven on target) that occured prior to Mbappe's stoppage-time breakthrough, which included a saved Lionel Messi penalty kick just past the hour mark.

Just as it looked like the teams would head to Madrid for the second leg with no goals between them, Mbappe put his team on his back and broke the deadlock with a brilliant solo effort. The 23-year-old gathered the ball outside the Madrid penalty area along the left flank and faced up with three defenders between himself and the net. With a couple of deft touches, the France international striker had skipped past all three defenders and slid a right-footed shot under Courtois.

The goal gives PSG the advantage ahead of the second leg, scheduled for March 9 at the Estadio Santiago Bernabeu.