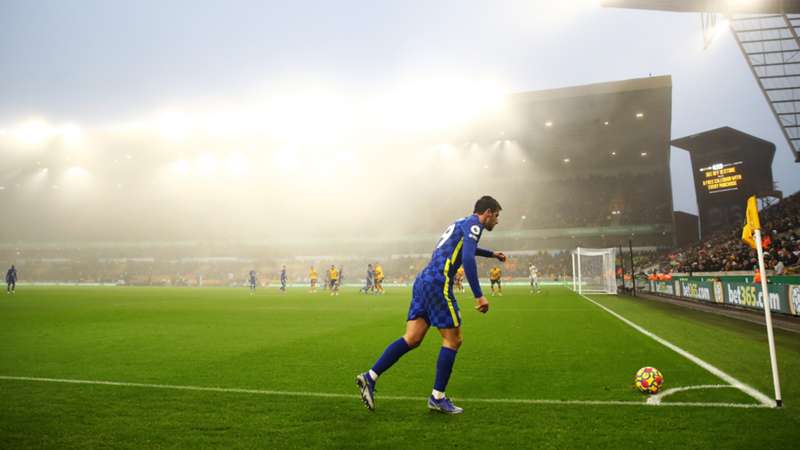 The unprecedented situation has forced a shift in the world footballing calendar.

Originally scheduled for a traditional summertime kick-off, the 2022 World Cup in Qatar has been shifted to the fall.

The reason behind the move is due to temperatures in the Middle Eastern country, which soar to an average daily high of over 41 degrees Celsius (106F) in July. Obviously, that kind of heat would be dangerous to players and fans alike, so FIFA took the unprecedented decision to start the tournament in mid-November, when daily highs are a much more manageable 26C (79F).

However, the shift will have a knock-on effect for the rest of the footballing world, namely domestic club leagues that are required to stop play at least one week prior to the opening match in Qatar. With many major European fixtures regularly falling during the period now earmarked for the World Cup, some compromises had to be made.

Here's how many of the biggest leagues in the world have been affected by Qatar 2022's unique schedule:

Even the largest club competition on the planet cannot escape the effects of Qatar 2022.

The group stage, which normally runs into December, will now be a two-month sprint starting Sept. 6 and ending Nov. 2. That means all six matchdays will be completed within a nine-week span, trimming the schedule by three weeks compared to the previous season.

The UEFA Europa League and UEFA Europa Conference League will follow a similar, break-neck schedule for their respective group stages.

England's top flight kicks off a week earlier than the previous year and will institute a midseason break following matches on Nov. 12. Games resume on Boxing Day (Dec. 26), a traditionally important day for football in England.

In Spain, the league will institute a longer break than its English counterpart, with Matchday 14 taking place on Nov. 8. Matchday 15, the first after the World Cup, kicks off Dec. 30.

Launching eight days earlier than the prior campaign, the 2022-23 Serie A season will squeeze 15 matchdays in before pausing for the World Cup at the end of the Nov. 13 fixtures. The league will resume Jan. 4, 2023.

The longest of the midseason breaks among the major European leagues belongs to the Bundesliga. This is nothing new as the German top flight usually pauses for several weeks during the height of winter, but this year's break will last a whopping 10 weeks as the Bundesliga will hold its final matches of 2022 on Nov. 12 before resuming play on Jan. 21, 2023.

Like other leagues, the Bundesliga kicks off a week earlier this season.

Brazil's domestic top flight is traditionally scheduled to start and finish within the same calendar year, and 2022 is no different in that regard. However, the league kicked off six weeks earlier this year and will be completely finished by Nov. 13.

Similar to Brazil in that the entire league fixture list is contained within a single calendar year (a relatively new development), Argentina's top division ends Oct. 23 — nearly two months earlier than the 2021 edition.

The Apertura portion of the Mexican season began July 1, which was three weeks earlier than the previous year. As such, the playoffs (a.k.a. the Liguilla) will kick off much earlier, in order to finish by FIFA's Nov. 13 deadline.

The North American circuit kicked off Feb. 26, which is roughly in line with when it usually starts. However, the regular season is set to be wrapped up by Oct. 9, the earliest it has ended in years. MLS Cup will be played Nov. 5.

Japan's top flight kicked off one week earlier than 2021 and will wrap up by Nov. 5, nearly a full month earlier than the previous year.