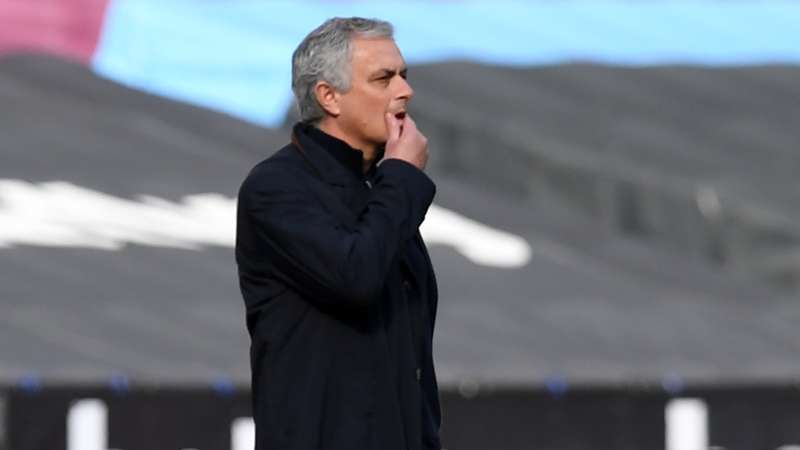 Tottenham Hotspur fell 2-1 to West Ham United on Sunday, extending their poor run in the Premier League as they continue their slide down the table.

Spurs dominated possession at the London Stadium but couldn't do much with the ball as the Hammers defended resolutely and took better advantage of their chances. The result sees West Ham into the Champions League places for the time being, while ninth-place Tottenham have now lost five of their last six league fixtures.

After the match, Spurs boss Jose Mourinho lauded his players for continuing to fight for a result.

Mourinho felt his team were the only one on the field actually trying to play football, criticizing the way West Ham held steadfast after building up a 2-0 lead just two minutes after the halftime break. On another day, Mourinho says his stars would have converted on the 20 shots they had over the course of the match.

"[West Ham] didn’t play in the second half, they just fought and defended," the coach said. "We played, we created chances, we scored a goal, should score more, hit the post twice, had fantastic crosses across the face of goal waiting for a touch, even sometimes an own goal.

"We had great positions from the edge of the box, shots that normally you think that Sonny [Son Heung-min], Harry [Kane] or Lucas [Moura] are going to score, so, also not lucky. But we cannot forget that the score was 1-0 and somehow after a couple of minutes in the second half it was 2-0."

With yet another loss under his belt, questions about Mourinho's job security are starting to grow louder. To those who are wondering just how patient the Tottenham board will be with him, Mourinho remained defiant.

"Sometimes the results are a consequence of multi-situations in football," he said (as quoted by The Athletic's Jack Pitt-Brooke) "And mine and my coaching staff's methods are second to nobody in the world."