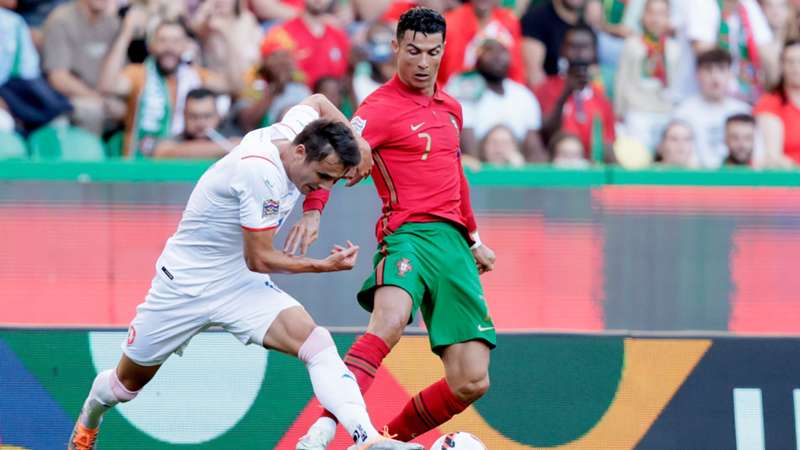 The last 16 is about to begin, but who will make it through?

The final matches of the group stages are coming to an end, with games from each group kicking off simultaneously. Who will progress to the knock-out stages? The DAZN Bet Trading Team provide their opinions.

Ghana are in the driving seat to qualify from Group H after their dramatic 3-2 victory against South Korea on Monday.

The African team had surrendered a two-goal halftime lead, but when it looked like the Koreans were destined to snatch a victory, Ajax midfielder Mohammed Kudus was on hand to seal a memorable 3-2 win.

Uruguay’s 2-0 defeat to Portugal leaves them in danger of failing to make it out of Group H. The South American side will progress with a victory over Ghana, providing South Korea fail to match their winning margin against Portugal.

Despite hitting the woodwork three times, Uruguay have so far failed to score during the tournament. Their opponents have also been offered very few clear cut chances in both of their previous matches. Ghana may have been involved in two five-goal thrillers already, but we don’t expect Uruguay to offer them many easy chances. It could be a tense affair in Al Wakrah, and we can see it being one with very few goals as a result.

Portugal booked their place in the last 16 courtesy of a Bruno Fernandes double against Uruguay. They should have already done enough to secure top spot in Group H, and coach Fernando Santos may be tempted to rest a few first team regulars as a result.

South Korea’s 3-2 defeat to Ghana means they need to win and rely on the result in the other game going their way to reach the knockout stages.

It wouldn’t surprise us to see Portugal start the match with a much-changed line-up from the one that started against Uruguay.

Knowing that they need a victory we are expecting South Korea to push hard from the start. We saw from their match against Ghana that Portugal struggled to keep an attack bursting with pace from creating chances, and South Korea boast similar qualities to the African team.

A lot will depend on who starts the match for Portugal, but we feel that South Korea’s need to get on the front foot early will offer up a few chances for them to get on the scoresheet. One player who may capitalise once again is striker Cho Gue-sung. The Korean forward scored both of their goals against Ghana and we fancy him hitting the back of the net once more on Monday.

Cameroon were involved in one of the most exciting ties of the group stages when they played out a 3-3 draw with Serbia. That result did little to help Cameroon’s cause though, as they now need to find a way to beat Brazil while hoping that Switzerland don’t pick up three points against Serbia.

Brazil have already qualified for the knockout stages, and their 1-0 victory over Switzerland was a second game where goalkeeper Alisson wasn’t called upon to make a single save.

It may be a match where Cameroon desperately need to find a result, but even with a much-changed side, it will be difficult to find a way past a well-disciplined Brazilian team. We see no reason to oppose a third straight Brazil Win To Nil

Serbia shared the spoils in their 3-3 draw with Cameroon, and finding the net three times was the perfect response to being stifled by Brazil in the opening fixture.

Switzerland were also offered practically nothing by Brazil in their last fixture, but they do hold the advantage over their opponents after taking maximum points from Cameroon.

Providing Cameroon don’t beat Brazil, Switzerland will only need to take a point against Serbia to book their place in the last 16. This could play perfectly in to the hands of the Swiss who have proven to be a tough side to break down. The Swiss were on the back foot for most of the first half in their first game with Cameroon, and stole a victory in that one by scoring early in the second half.

Three of the four games played so far in Group G have been 0-0 at the break, and with Serbia knowing that they cannot afford to go behind, we expect this one to follow suit. The match should spring to life during the last half an hour, when Serbia will need to start playing with more urgency, at which point the result could go either way, but a goalless first half definitely represents value for us once again.