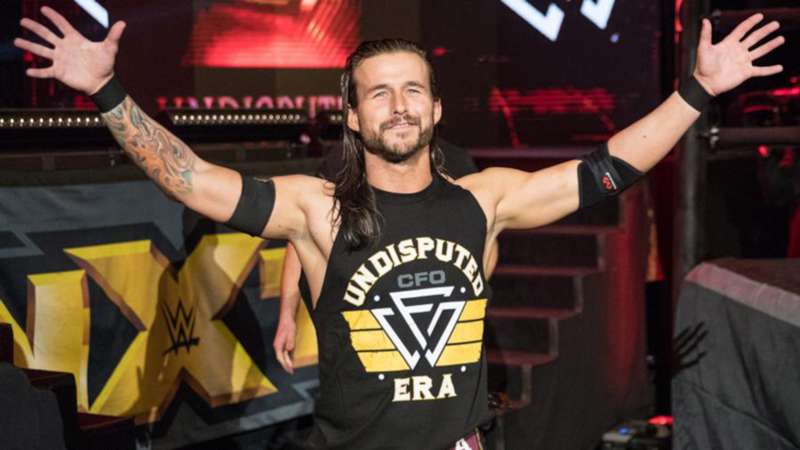 The former NXT heavyweight champion talks with DAZN News before he squares off with current titleholder Finn Balor on Wednesday night.

Adam Cole was the NXT heaavyweight champion for 403 days before losing the belt to Keith Lee on July 1.

Between the defeat to Lee and his trilogy match with current NXT heavyweight kingpin, Finn Balor on Wednesday edition of NXT, things have changed for Cole. He went from a heel to a tweener (mix between heel and babyface) and then switched back to being the ultimate bad guy in turning on his now-former partners in The Undisputed Era, Kyle O'Reilly and Roderick Strong.

Ahead of the match with Balor, Cole talked with DAZN News about what a win means for him and Balor, where The Undisputed Era ranks among the top factions in pro wrestling history and his relationship with AEW star Britt Baker.

(Editor's Note: This interview has been edited for length and clarity.)

DAZN News: Right when you were about to lose the title, and you went from a heel, then you had a babyface/tweener. To me, I thought it was more of a tweener role. And now back to that heel role. Do you prefer kind of going back and forth? Or do you like one way in terms of your character?

Adam Cole: So I actually love the shades of grey in wrestling characters. To me, that's what I think keeps everything kind of fresh. Because again, like you would mention, I was a bad guy for years on NXT television. Then I had that run there for a few months, where like you said, I was kind of an in-between guy or maybe even leaning more towards a good guy to almost give the fans just a little bit of a break. Because then once again, I show my true colors, and I'm 100% bad guy Adam Cole. It feels so fresh and so new just because of those few months of doing stuff a little bit different. Not only for the depth of character and for giving the fans a little bit of a break, but I just think it makes everything so much more impactful. I love the fact that I have little dips and dives in my character. I think it allows me to explore more things creatively, especially when it comes to interviews and explaining why I did what I did. So I really dig that.

DN: I have to ask this now, but who's the better heel in the house? You or Britt (Baker, AEW star and Cole's girlfriend)?

AC: I do think that when we were firing on all cylinders, I really do think we were special. Especially when you look at the relationship that all of us had, the backstory considering the fact that we had known each other for a really, really long time. I do. I feel like if at one point when we had all the championships, we were having high-profile matches all over the card. When we were together, it truly was like a brotherhood. So I do absolutely stand by the fact that I think as far as the modern era of pro wrestling goes, I do think we were one of the greatest factions ever.

DN: You look at this match Wednesday night on NXT, live on USA, and this show is stacked with the women's title match, two big announcements coming up on the show by (NXT GM, William) Regal, and then you got your match with Finn. How do you view your rivalry with Finn Balor? It seems like you and Finn are just really now scratching the surface. Does it feel like you guys are just starting to claw your way into what can be one of these great, memorable rivalries?

AC: I think there's a ton of aspects to that. I think it's actually started a long time ago. We've had hints of having issues or matches and stuff like that. In the past, it's been this very slow build towards who is the greatest NXT champion of all time because, at the end of the day, that's what it's always been about. When we had our first match together, and I was the NXT champion, I beat Finn Balor. Then we wrestled each other again, and Finn Balor wins the NXT championship, and he beats me. Now we're coming into this match, and it's technically the rubber match to see truly who is the greatest NXT champion of all time. I stand by the fact that Finn is one of the greatest guys ever to hold the NXT Championship. I think he was before I got there and had my record-breaking 403 day run as NXT champion. But absolutely, I think even the way this match has been promoted, people have been calling it megastar versus megastar. I do truly believe that many people view us as the one and two or 1A and 1B as far as NXT champions go. I absolutely feel like we're scratching the surface, and it feels so new and so fresh every single time we've had a match together. It feels almost like it hasn't happened before because there's so much different stuff going on around us.

DN: Is the winner the greatest NXT champion of all time in your mind, or do you think that story has yet to be told?

DN: A lot of fans make a lot out of what Wednesday night really means. I want to ask you, what does it mean in your house? Does it cause any friction? Or does it cause excitement because you may be on two opposite sides of the street, but at the end of the day, you're both in the same profession. So what is that like when it comes to Wednesday nights?

AC: Man, you hit the nail on the head. It's so much excitement, especially within this household. I am her number one fan. I'm so proud of her. I am so impressed at her growth, her development, and how serious she takes this job. I intently watch everything that she does and vice versa. She's the same with me. She can't wait to watch Wednesday. She can't wait to see the big championship match. She can't wait to see what I have going on. I'm proud of her. She's proud of me. There's just so much support going on because a bunch of really exciting stuff is going on for both of us.