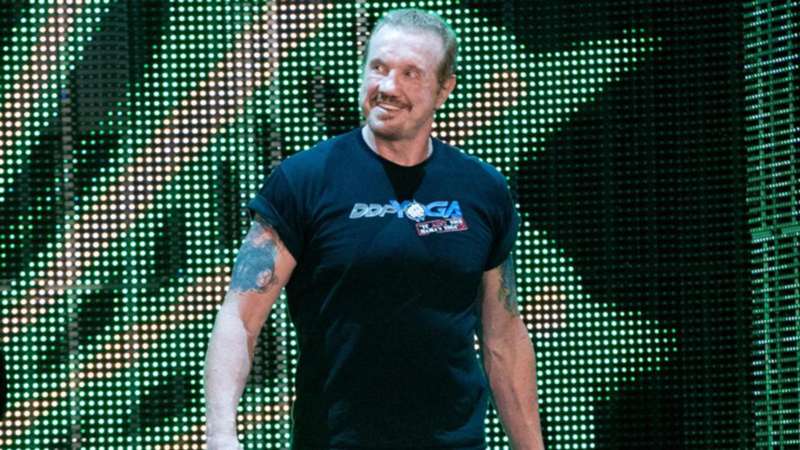 Diamond Dallas Page is one of the most iconic figures in pro wrestling.

The master of "The Diamond Cutter" went on to develop DDP Yoga and focused his life’s mission to health, wellness and motivation. One of the people who benefited most from DDP’s program was fellow WWE Hall of Famer, Jake "The Snake" Roberts, who battled addiction and self-destructive behavior for years. The two worked together and documented Roberts’ battle in the gripping documentary, “The Resurrection of Jake the Snake.”

Page is involved in a new venture alongside Roberts, a podcast titled ﻿“DDP Snake Pit” that premiered on Jan. 4 and promises to be not another wrestling podcast. While DDP and Roberts will share stories from their careers, they will also focus on motivating listeners to make improvements in their day-to-day lives and share personal stories of struggle and overcoming challenges.

DAZN News talked with DDP about the new podcast, why he's doing it, and the current state of pro wrestling.

DAZN: What made you decide to enter the world of podcasting?

Diamond Dallas Page: I really didn't really want to. I declined everybody because so many people wanted me to get on their platform, whether it was Podcast One, Westwood One, or whoever. I just don't have the time. But me and Jake after “The Resurrection of Jake The Snake," and anybody's it needs to because it'll blow your mind. (It) takes where he was to where he came to in 18 months. On top of getting in great shape and getting mobile again but also got off booze, pills, coke (cocaine), and crack. He had to really want to do that. I'm not a rehab guy.

But with Jake, we hadn't talked. We've got a full-blown production company down here in Atlanta where we do AEW. If it's not in the ring, pretty much, my company does it. We do all the packages. We do all the interviews. I got a team that goes there every week and just does production for them. So Jake and I were doing an interview just to catch up. What ended up happening out of it was like half an hour. It went super smooth. It was one take deal. Jake actually texted me on the way to the airport, saying, 'Man, you have really upped your game, your storytelling, how to not step on each other, and how to work with me and get so much information because I was really blown away.' He said, 'We got to do this.' I texted back, 'Do what?' (He said), 'We're gonna do a podcast.' I'm like, 'They've been trying to get me to do it. I don't really want to do it.' He's like, 'I want you to do it with me, like me and you together.' It's tough for me to say no to Jake when he has something he wants to do because, without Dusty Rhodes and Jake Roberts, I don't have this in this life. I said, 'Alright, I'll tell you I'm only gonna do it though if Conrad Thompson gets involved.' Me and Conrad are good buddies and have been for years.

I was like, 'Jake, I'll do it, but I'm not doing that without Conrad.’ So I never thought Conrad would say yes because he's already got seven podcasts. We've already got the first four in the can. They will start being released on Jan. 4.

DAZN: Reading the press release and yours will differ from what Conrad's doing. His podcasts are all wrestling-based. So, where you're going, you and Jake will sprinkle in some wrestling. We're going to do a bunch of other different stuff that has really nothing to do with wrestling.

DDP: Yeah, we'll still talk about wrestling. Conrad guides that. It's really interesting. I really wanted to get the beginning part. So I talked a bunch right in that first episode because I got to tell how I met Jake and how impactful he was in my life. I get into everything. Most people don't know a lot of the shit because I've never really been on a platform to tell it. I love the first couple episodes. Jake’s coming back up here. We got to film a couple more of them. I want to get to where we're like just two weeks out. I just want to get them in the can.

DAZN: What do you make right now of the pro wrestling landscape between AEW and WWE here in the United States?

DDP: I think it's a great time for the fans because there's so many crazy talented kids out there now. The shit they can do, they're gonna pay for it later on. But the shit they can do is crazy. The fans get it. Some of the matches are like watching a video game because there's not a lot of selling because there's no selling in a video game at all. They can go from one unbelievable move to another, and the fans love it. But they also have other matches where they're chanting for the guy or the girl. They get behind them. So there's some old school there, and there's new school, and the fans love it. So I think it works.

Me and Jeff Jarrett, we’re at one of the pay-per-views, and we were watching one of the matches that was just, ‘Oh my God.’ He looked at me, and he goes, ‘Dude, I'm so glad I worked in the 80s and 90s.’ I said, ‘Me too.’ I thought that Kenny Omega and Bryan Danielson was the match of the year until I saw Bryan Danielson and “Hangman” (Adam Page, AEW Heavyweight champion). There's been a lot of great matches. If you notice, that was a video game slowed down. They really told stories. And when you're going real-time, you got that time to do it. The guys know how to do it. They got Jake “The Snake” Roberts there, who is the greatest storyteller ever. I learned how to tell stories because of what Jake taught me.

DDP: I gotta give AEW the 60/40 (percent) thing right now. They are the cool thing on top. The biggest thing that I love about AEW is the fans (and) how the fans react. I wrestled there two years ago this January. I would never have done it if there were no fans. Cody's (Rhodes, Dusty’s son) like my nephew, and I helped him a lot in the beginning, just with the production side. Nathan Lowry, who was one of the guys who works for me and the guy who was the director of Jericho’s (song) "Judas." They filmed Judas in my DDP Yoga Performance Center. That was one of those who changed Chris Jericho’s life. To me, Chris Jericho is the most over guy in professional wrestling. He's Ric Flair. He’s Ric Flair now. He's got 30 years, he's still on top, he continues to reinvent himself, and he can still work ass off.

They're singing his song. That's got to be the greatest compliment ever. To me, it’s the greatest entrance in wrestling because the people are so involved with it.