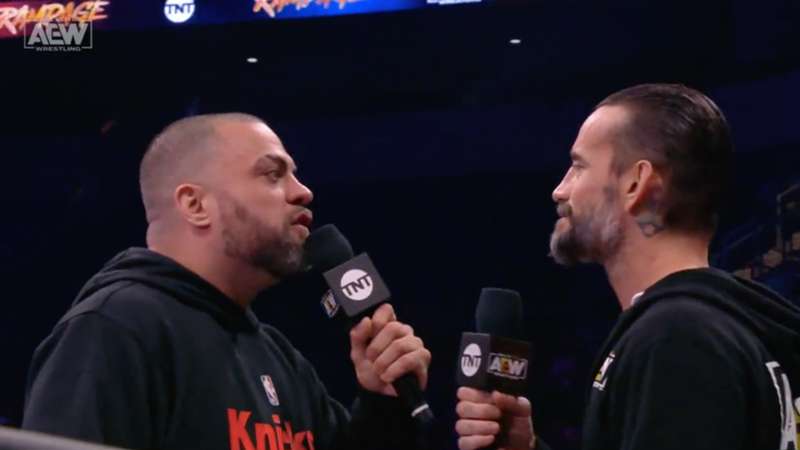 Eddie Kingston and CM Punk meet for the first time this Saturday.

Eddie Kingston was a million miles away from sharing a wrestling PPV spot just a year ago.

A darling of the independent circuit since his debut in 2002, Kingston, like many others, was a victim of the global pandemic last year and wasn’t sure what his next move was going to be.

Following an impassioned promo at an outdoor wrestling event, Kingston was contacted by All Elite Wrestling, a new mainstream televised wrestling promotion which at the time was in its rookie year. Soon after his inaugural match with the company against then-TNT champion, Cody Rhodes, Kingston was handed a contract with Tony Khan’s organisation.

This Saturday, at Full Gear, Kingston will face off with CM Punk following a short feud that has already saw bundles of energy from both veteran competitors. Despite both wrestlers possessing prominent backgrounds on the indy scene, this will be the first encounter between the pair and Kingston admits that the stakes are high.

“It’s 15 years in the making,” says Kingston to DAZN when asked about his upcoming clash with the son of Chicago.

“I wouldn’t say it’s the biggest match of my career but it’s definitely the most personal match. Professionally, it was me and [Jon] Moxley last year because I truly believe in my heart that the AEW World title is the biggest prize in all of America. That was the biggest match for me, but this weekend, personally, it’s me and Punk.”

Occupying a senior spot on a PPV alongside some of wrestling’s biggest names is something that Kingston envisioned for himself when busting his body for cheques all over the world. A staple of small hall bonanzas for almost two decades, Kingston almost resigned himself to accepting that position and sharing one of 2021’s most eagerly anticipated matches alongside CM Punk never crossed his mind.

“When people tell you they always believed something was going to happen, I think they’re lying," he said.

With his meeting with CM Punk loitering intently on the horizon, Kingston, following his hefty rise over the last year, is not prepared to settle for one moment of glory with one of wrestling’s most high-profile names. With the AEW roster stacked with numerous talents capable of filling main event and championship spots, Kingston intends to use his showdown with Punk as an elevator to further opportunities.

He admitted: “Fighting CM Punk was never the goal for me. He wasn’t there when I first got to AEW. The goal for me has always to be a champion.

"Whether it’s me and Mox as a tag team, the TNT championship, or the big one, the grandaddy of them all. The goal has always been. to be the top man. If beating Punk gets me that one step closer to it then that’ll be the icing on the cake.”