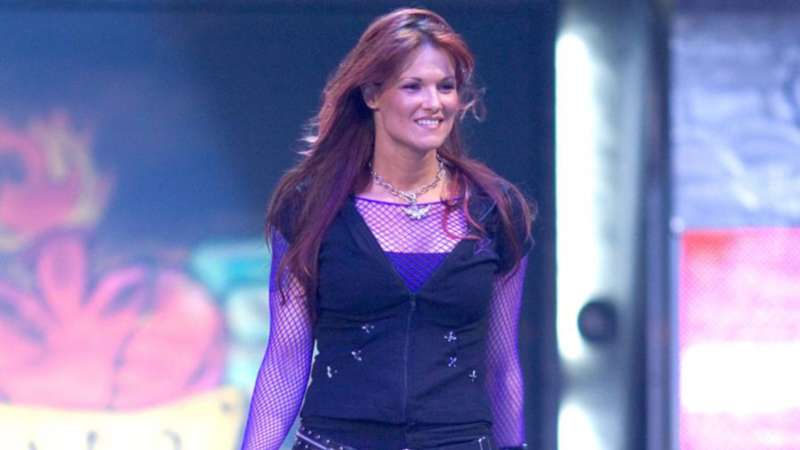 October is Mental Health Month. It is an issue that unfortunately doesn't get talked about enough around the world.

Professional wrestlers from around the world have come together to raise awareness for mental health with the launch of the new “Tag Me In” initiative. The goal of “Tag Me In” is to normalize a conversation about mental health, rid the mental health stigma and reiterate that those affected are never alone.

The sentiment of care spreads across the world with an electic talent pool of young fresh faces to the ones you know and love, including Mick Foley, Trish Stratus, Chris Jericho, Kurt Angle, Tony Schiavone, Amy Dumas, Dr. Britt Baker D.M.D., and so many more.

Professional wrestlers from around the world unite to break the stigma and normalize a conversation around mental health. Our goal is to empower people to advocate for themselves and support others in doing the same. #TagMeInUnited #TagMeIn

Former four-time WWE women's champion and WWE Hall of Famer Dumas, a.k.a. Lita, talked with DAZN News about the initiative, her struggles with mental health and if WWE chairman Vince McMahon and the president/CEO of AEW, Tony Khan, should help spearhead a mental health campaign.

(Editor's note: This interview has been edited for length and clarity. Additionally, limited edition “Tag Me In” t-shirts created by Creative Ventures/Pro Wrestling Tees are now available through October 31 for $24.99 and can be purchased at ProWrestlingTees.com/tagmein.)

DAZN: Why did you want to be in the "Tag Me In" campaign?

Amy Dumas: October is Mental Health Month. It just seemed like the perfect time to start this initiative. With professional wrestling, the whole exterior is to be tough and not show pain when you're not in the match, to not show pain physically, but to also extend that to not show pain mentally. So we just started this conversation amongst ourselves with friends in the business and said, ‘Okay, we need to smash that. We need to break open that and not make it a taboo subject.’ I think it needs to extend on both sides, both physically and mentally, to go, ‘Yeah, that did hurt.’ Because that's the whole thing and wrestling to go, ‘Are you okay? Did you know that hurt?’

And you're like, ‘No, no, I'm good. I'm good.’ So that also extends to mentally. I think it's just trying to maintain that superhero exterior among anybody but your most inner circle. I think it's as we talk and open this discussion, we realize that we all have a lot more in common or maybe have down days that it would have been nice for someone to check in on or felt more comfortable to go, ‘Yeah, I'm just kind struggling today, or I'm not feeling my best and have somebody go, let's talk about it, or I'm also not feeling great and not just knowing that other people that you perceive as being so invincible and fearless and strong have these days that they don't feel those things.’

DAZN: Why do you feel like it's taken so long to get this message out in wrestling because you're starting to see it in other major sports?

AD: I do think it's what you said, and professional sports, in general, is all about being at the top of your game physically, but mentally is also tied in. I think it's a perceived weakness that I don't want to show or let anybody in to think that I can't perform at my top level. But really, it all goes hand in hand. If you can't be at your top level and feel comfortable mentally, you're physically inhibiting yourself from performing at your top. So it needs to be extended as a part of your training and not only the physical preparation that goes into it but check in with yourself mentally to make sure that you're dealing with whatever it is that you need to deal with, whether it is your anxiety, depression or feelings of loneliness to know that you're not alone.

DAZN: Did you go through that a lot of that in WWE where you are having great matches with everyone, and deep down inside, you were having a rough time?

AD: I am a talker. I've been so fortunate that I'm close friends with a core group of my girlfriends from high school. They've always been a great support system for me. So I just had that built-in for me for a long time. I would get in the rental car after my match, or if I had a bad day at work, or if I had something I felt I needed to get off my chest that I built that network in that I would go to one and if they don't answer the phone, I'm going to go to the next one on the phone and be like, ‘No, you're gonna listen to this.’

I find a lot of times, even if it's just like getting it out, so it isn't suppressed in there and having someone go, ‘Yeah, that does suck.’ And you go, ‘Great, thanks, I feel better now. That's all I needed.’ It was just someone to listen to me and not feel that I had to bottle this up and keep going. I've been fortunate. I don't like to bottle things up. It doesn't bode well for me because then I'm going to lash out at the poor cashier at my grocery store, and that's not right.

DAZN: After Daphney unfortunately passed away, I’ve wondered why WWE and AEW don't try to spearhead an initiative like you guys are doing, and why it's taking people that are outside both companies to be doing something like this. Do you think it should fall on a Vince McMahon or a Tony Khan to get something going because, at the end of the day, everyone in wrestling is all trying to help each other out?

AD: Yeah. I think definitely in professional sports, it’s more focused, and just checking in would be great. There are these huge companies in professional sports, and just to add an additional point of resource to check in, I think it could provide huge benefits and potentially more profits, which obviously any company is looking at. But if you can have your performers performing at a top level because they feel great, that works for everyone. I would love that.

DAZN: Do you watch a lot of wrestling these days, or is it one of those things once you left after helping out backstage on Raw, SmackDown, and NXT that you try to get that break and not see what’s happening?

DAZN: What do you make of AEW?

AD: I think it's exciting. It's exciting to see fans so excited about another product. I hearken back to when I was wrestling, and we had all had friends in WCW. We would call them. WCW had the replay, and as soon as we were done, we'd all raced to the hotel room and watched our friends. We'd be calling them in and commenting on that. So, that part of it excites me from the workers' standpoint. From the wrestlers' standpoint of having friends and different promotions,  we want to push each other to do better. I love seeing a viable place with competition, and it just being a new company, they're fresh, right? They haven't had to go through recycling all these storylines because they've been around for a long time. So I think there's a lot of potential for expanding.

I just love seeing the fans like it really deep because I think that excitement of the fans being excited about wrestling translates to the other promotions. It makes people think it would do the opposite, but then people are like, ‘I want more good wrestling.’ So, they're checking in at WWE, Ring of Honor, Impact, NWA, and GCW.