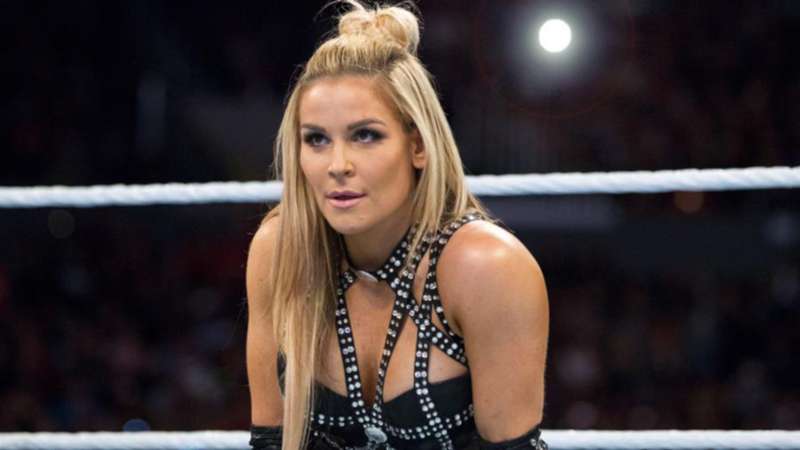 Can Natalya add another chapter to her storied career at Sunday's Money in the Bank event?

Natalya has just about done it all in her 14-year career in WWE.

The daughter of the legendary Jim "The Anvil" Neidhart has captured the WWE Divas championship, the SmackDown Women's title and is currently one-half the Women's Tag Team champions with Tamina Snuka.

Natalya can add another achievement in her career on Sunday as one of eight women competing in the Women's Money in the Bank ladder match on Sunday from Fort Worth, Texas.

The winner of the MITB ladder match can cash in the briefcase against either the SmackDown or Raw Women's champion at any given time.

Leading into Sunday's event, Natalya sat down with DAZN to discuss who she is dedicating ther match to, which champion she would challenge if victorious, and if she is the Randy Orton of the women's division.

DAZN: How excited are you finally have full capacity crowds this weekend at SmackDown and Money in the Bank with a WWE Universe that’s going to be screaming, cheering, and booing?

Natalya: It's hard to believe that it's finally happening after the last 16 months of dealing with everything that we've all gone through and endured during the pandemic. This SmackDown coming up is the first time we're going to have fans but knowing that we have a pay-per-view two days later, Money in the Bank (that is) sold out, it's huge. It's emotional thinking about it. It just gets me feeling all sorts of ways that I haven't felt since WrestleMania. I remember crying both days of WrestleMania because I was like, ‘This is crazy. We actually have people that are going to watch us at the shows’. I never ever took our WWE Universe, our fans, for granted, ever. But we didn't realize just how much we needed them, especially when you're a performer. You need their energy. You need to feel the adrenaline. You need to feel the rush of the crowd, whether they're cheering for you, booing you, laughing, crying, screaming, whether you're throwing your shirt at them or pointing to them or making eye contact with them when you're cutting a promo. It's all those things that we're trained to have that we didn't have. So it's going to be unbelievable. There's going to be huge surprises at Money in the Bank.

You can just expect the unexpected. We're excited. I want to win the ladder match. I got announced on Monday by Sonia DeVille. She just announced that via social media, and I was just as surprised as everybody else. I was surprised because I already have gold. But then I thought about it and said to Tamina Snuka, ‘Why can't I have it all?’ On Monday, I dedicated my entry into Money in the Bank to Tamina Snuka. When I win the Money in the Bank contract, I'm going to dedicate my victory to Tamina Snuka, and we're going to go for everything. We want it all.

DAZN: You’ve had a lot of runs. To me, I don't want to say it’s historical, but it’s a run that a lot of fans didn't see coming. But it's also one that a lot of people, including myself, feel like you deserve because of the lineage that you and Tamina have and come from. You guys got one of the biggest pops at WrestleMania. What does this current run mean to you?

Natalya: It's really, really cool. My career, so much of what I have done in my career and that I pride myself on is helping others. It doesn't matter what role I'm playing, whether I'm playing the good girl or the bad girl. That doesn't matter to me as much as being able to see other people reach their dreams. To be alongside Tamina, knowing that it took her over 4,000 days to win a Women's Championship in WWE, and knowing that I was a part of that journey with her, it's incredibly fulfilling for me. Because not only did it rejuvenate and give my career fresh life, but also we got to see somebody else reach their dreams. Whenever I think of Tamina, and I think of her career, I think of her as like, it's like that book, or that movie, “The Ugly Duckling," and the little duckling doesn't realize how beautiful she is until she transforms into a swan and everybody all of a sudden is celebrating the Tamina I've known this entire time, but she's always been a swan. But it took a lot of years for her to realize that herself and knowing the WWE Universe at WrestleMania was rallying behind her. That to me, that was a top worldwide trend because people were so excited to see her almost win a championship at WrestleMania, and then, of course, we did it shortly after. But it's been cool.

I think that's what I just love so much about my career—even last Monday (on Raw) facing off against (Raw Women’s champion) Rhea Ripley. Let me tell you one thing about Rhea Ripley, that girl is a diamond. She is one of the best female wrestlers I've ever competed against. She's phenomenal. After the match with Rhea, I never really thought about losing the match. I thought we both won because it was so damn fun. She was so great, and she really is just somebody to keep your eye out for. I want to get another match against her. I would love that so much. She's phenomenal.

DAZN: That match was fantastic. Saying that, I want to ask you, are Rhea and Bianca (Belair, the SmackDown Women’s champion) the future of women's wrestling in WWE?

Natalya: I don't think we can pinpoint just two women. I think that they're both awesome. I think they're both different and have different journeys. We need each other, and you can't just have one or two women being the future. I think we need a mix of everything. We need veterans. I don't want to compare myself to Randy Orton because I think Randy Orton is the greatest pro wrestler, really one of the greatest of all time, if not the greatest of all time. But you need to have a mix of people that can take their equity and pay it forward, like with Randy and Matt Riddle. You see a little bit of it with that pairing. But I think that you need a mix. It's so exciting to see this influx of new women coming to WWE, from (Tegan) Knox to Piper (Niven) to Toni Storm. She better stay out of my way because that's another dream match that I'd love to have. You see this influx of new women, even with Eva Marie coming back. It's a bunch of women that you are like, ‘Okay, let's see, we got some fresh girls. Let's see what we can do.’ But that's where you have your veteran talents step in and really help kind of navigate the waters and bring that experience, which is what I'll be bringing to Money in the Bank as well. I think Bianca is awesome. I think Rhea is incredible. I think that these girls are definitely going to be a huge part of the future of WWE and what I love about both of them is that they truly do respect the women that have paved the road for them. So I definitely will give them credit there as well.

DAZN: Are you the Randy Orton of the women's division?

Natalya: Damn (laughs). For me, I look at Randy Orton, and I really try to watch his work. Randy is just a master of the little things. All the little things he's so good at, like his mannerisms, his facials, the way he can manipulate a camera, the way he can manipulate an audience. He's just so good. I would love to be compared to Randy because I think Randy's the greatest. Bret Hart is my top pick, and I am biased, but Randy really is one of the greatest of all time, so if I was ever compared to Randy Orton, it would be the biggest honor.

DAZN: You win the Money in the Bank ladder match. I have a place where you can cash it in at.  Las Vegas, August 21 (at a) sold out Allegiant Stadium at Summerslam. How does that sound to you?

Natalya: That is motivation enough for me to want to win that Money in the Bank contract? Of course, I'd be cashing in on the SmackDown Women's champion. So nothing against the Raw Women's Championship, but I definitely would love to have a showdown with Bianca. That would be also a dream come true. So Smackdown Women's champion better keep her eyes open.