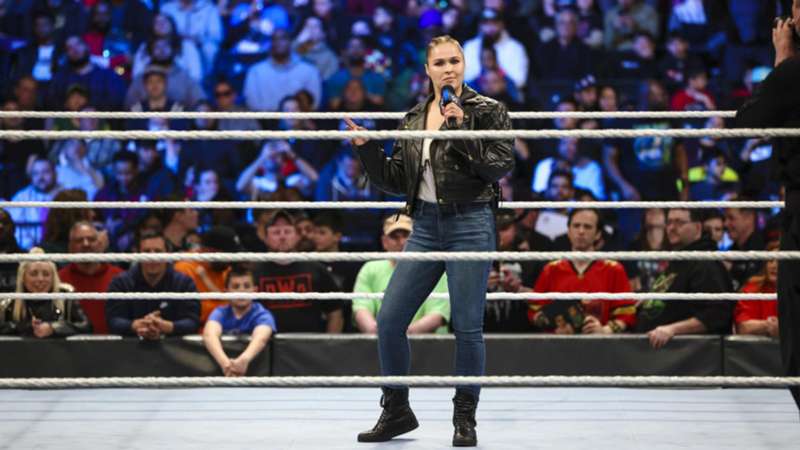 "The Baddest Women on the Planet" doesn't get the job done.

Wrestling fans had thought it was a foregone conclusion that Ronda Rousey would recapture the SmackDown Women's title against Liv Morgan at Saturday's WWE Summerslam after losing to Morgan at Money in the Bank earlier in July.

But Morgan surprised everyone by defeating Rousey for the second time in four weeks to remain the champion. The finish didn't come without controversy, though.

Rousey controlled the entire match, working for the armbar with Morgan finding a way to escape. The former UFC women's bantamweight champion locked in a triangle armbar. The referee was looking at the shoulders of Rousey, and counted to three. What he didn't see was Morgan tapped out before the three count.

What are you doing, @RondaRousey?! The match is over!!!#SummerSlam pic.twitter.com/eYiY0JcyH2