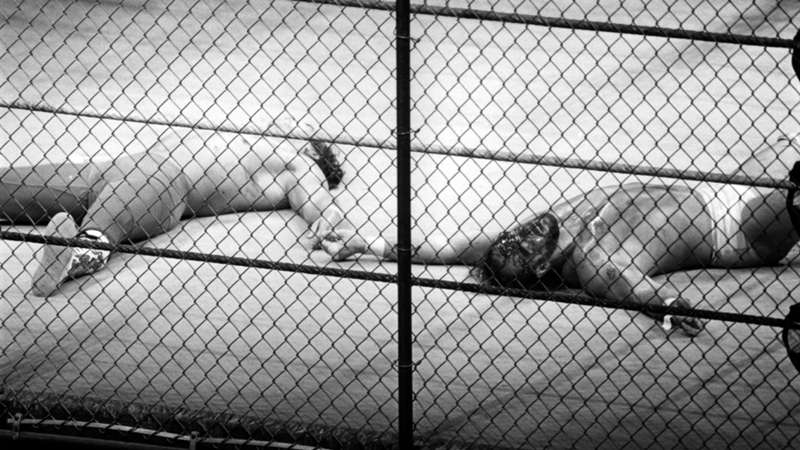 The world of professional wrestling is no stranger to the steel cage match and its many variations.

Nothing quite beats a Steel Cage match in professional wrestling.

When two wrestlers are surrounded by four walls of steel, any outside influence is eliminated and it falls on their ability to withstand the punishment they will endure in order to emerge victorious.

The thrilling action that transpires inside the cage has led to numerous variations being created with different rules applying to each one.

Here's everything you need to know about each type of Steel Cage match and the different set of rules that are applyed to each one.

A Steel Cage match sees two or more opponents battle it out to escape the cage in order to be declared the winner.

However, sometimes the rules can be changed to allow the winner to be decided by pinfall or submission, and this can vary when it comes to different promotions.

Over the years there have been some unique Steel Cage matches such as a Barbed Wire Steel Cage and an Electrified Cage.

Hell in a Cell match

This is a type of Steel Cage match which can only be seen in WWE.

The orignal Cell was 16 feet high and weighed over two tonnes, but this has since been replaced a 20 foot version which weighs over five tonnes.

When two or more wrestlers step inside, the only way to win is by pinfall or submission.

WarGames was a match type originally conceived by WCW, but is now a part of WWE.

This type of match sees two rings placed by side by side and enclosed by a cage with a roof, and sees two teams compete inside.

The match sees two teams made up of four wrestlers apiece go head-to-head and the only way they can win as by making their opponent submit or surrender.

There are no pin falls, no disqualifications and no escaping the cage with no time limit which means the match cannot be won until all the members of each team have entered the cage.

This match sees six wrestlers compete inside a circular steel cage with four wrestlers placed in pods by each of the ring's corners.

Two wrestlers begin the match in the ring and after a predetermined amount of time, a pod is opened and another wrestler enters the fray, and this process continues until all competing wrestlers have been released.

The winner is the final wrestler left after all the others have been eliminated.

This is a type of cage match which has found itself being staged in major WWE PPV events after originally starting off in NXT.

Fight Pit was a concept originally introduced in 2020 and played off the MMA history of Matt Riddle.

The ring is once again surrounded by a cage, but this time, there is a platform on the top of the walls which can be utilised by the wrestlers competing.

Unlike the traditional Steel Cage match, you cannot win by escaping the cage, instead wrestlers have to win by knockout or submission in keeping with the MMA style concept.