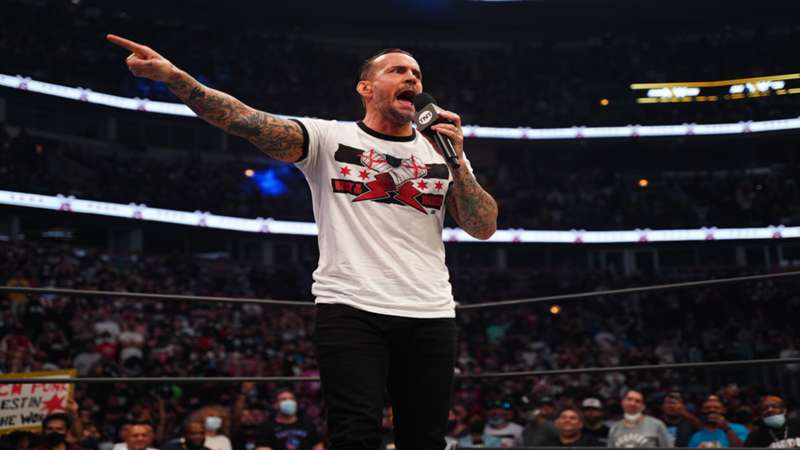 There is a lot more to Friday's big moment in pro wrestling than a huge crowd pop and a social media frenzy.

I've been a fan of professional wrestling since I was six years old, enjoying enough of Wrestlemania 7, Summerslam 1991, and episodes of WCW Worldwide my older brother had recorded onto blank VHS tapes for my parents to let him take me to my first live show, Battle Royal At The Royal Albert Hall.

That event ended with Davey Boy Smith, 'The British Bulldog', overcoming the numbers of manager Jimmy Hart's villainous recruits — the monstrous Natural Disasters, Earthquake and Typhoon, plus despised big mouth The Mountie — with a bit of help from the legendary Andre The Giant. Smith's connection with red-hot European fanbase at a time when primary interest in the United States was starting to dwindle peaked with a huge stadium show I was also lucky enough to attend live, as the very next Summerslam in 1992 took place in my home city at the old Wembley.

Experiencing Bulldog's appeal live, catching the tail-end and subsequent lasting legacy of 'Hulkamania' and then, of course, living through the 'Attitude Era' of Stone Cold Steve Austin, The Rock, and more as a teenager from 1998 through 2001 really hammered home how much the fanbase and the industry in general covers a 'golden era'.

When WCW and ECW met their demise in '01 and WWE took a mainstream monopoly, the 'buzz' that comes with said 'golden eras' went missing for a while. People would frequently ask: "who will be the next Hogan/Austin?" We would have settled for even just a regional version, such as the Bulldog.

John Cena was undoubtedly the closest to a Hogan, The Rock , or Austin in the 2000s and did good business. However, the majority of his 'buzz' was constructed by those who stuck around after the Attitude Era resisting his rise, subsequently engaging in vocal battles with the younger fans in attendance who took a shine to the hustle, loyalty, and respect. Triple H wanted to be seen badly on Rock and Austin's level after those two departed, and Batista and Edge were big deals. Still, everything about this particular period felt, well, kind of forced.

Without any competition, WWE, of course, had the luxury of deciding who the face of a particular 'era' would be, for the first time since Vince McMahon hand-selected the Hulkster in the '80s. Austin and Rock surged into supernova out of nowhere, and the company reacted to this under pressure from the competition. Bulldog's popularity across the Atlantic exceeded expectations and offered a welcome tonic from the slumps and impending scandals Stateside.

The first time fans truly felt a new 'golden era' beginning to bloom naturally came just over a decade after the monopoly began, when CM Punk took a peculiar cross-legged seat position on the stage, wore a retired legend's t-shirt, and spoke in a manner and with a degree of vigor and truth that shook a ton of lapsed wrestling fans out of a coma induced by ten years of the same production values, the same segments and often the exact matches.

At the same time, independent wrestling sensation Bryan Danielson had arrived in WWE, switched up his name to Daniel Bryan, and was ticking a lot of boxes in the fans who were checking out this 'Summer Of Punk' deal, despite ticking almost zero of Stamford management's own.

After a 'Hulkamania' era, a 'European boom' era, an 'Attitude' era, the forced and inorganic 'Ruthless Aggression' and more, what exactly was forming here?

Triple H, still sporadically wrestling, referred to things in the early 2010s as the 'Reality Era'. He did so as part of his villainous corporate deal that counteracted Bryan's own rise, giving WWE the only of their many attempts to recreate Austin vs. McMahon that actually connected with viewers. He said it in a way that was supposed to reference the 'reality' of he and the McMahons giving popular underdogs and their fans a reality check.

In retrospect, the 'Reality Era' was an accurate description, but not because of that. Instead, the Punks and the Bryans were generating buzz because they were very much real. So far from the monotonic template of a 'WWE Superstar' for the preceding decade, their work in the ring and on the mic — as well as pretty much everything else about them — was relatable, refreshing, organic.

And while Bryan did get his big moment at WrestleMania 30 — again, after fans and life itself forced the company out of their comfort zone at the last minute — Punk by that point was gone. He walked away months prior, disillusioned with the way things were and seemingly with the industry as a whole.

CM Punk, beginning with that 'pipebomb' monologue, could well have been the next face of a 'golden era'; a cultural zeitgeist when things in wrestling felt exciting and must-see once again. WWE, unfortunately, had already realized that they were no longer under any obligation to provide 'golden eras'.

Punk's return to a wrestling ring on Friday , in the opening segment of All Elite Wrestling's 'Rampage' show at a sold-out United Center in Chicago to a phenomenal reaction before, during, and after, as well as both live and worldwide, has had people wondering what could have been. But what Punk's return could still achieve going forward — despite him being the same age at 42 as Manny Pacquiao' who also takes center stage this weekend over in the boxing realm in a fight many predict will be his last.

However, it's actually more likely that Punk won't be that British Bulldog or Steve Austin-esque catalyst in AEW that he absolutely would have been a decade ago in WWE if given a chance. Instead, he is the after-effect of an upturn that has already been taking place.

Whether you like AEW or not, whether you can look past the fair nitpicks of certain aspects of their product, or you dedicate a podcast to trashing it because nobody else in the industry will employ you anymore, the genesis of this alternative mainstream wrestling company is offering the workers more competitive salaries, giving fans genuine viewing choices and forcing WWE to leave their comfort zone behind more often, they're set to continue to do so.

Punk's decision to return after seven years away and do so with All Elite, by his own admission on the mic Friday, is in response to this. He feels pro wrestling as it should be is back and will immediately be wrestling against someone in Darby Allin who has captured the imaginations of fans and cultural groups in a fresh, organic manner in the same way Punk, Bryan, and many more before them were able to.

As fate would have it, Bryan himself is heavily linked to be the next big name to debut for AEW. It's likely, given his passion for the fundamentals of pro wrestling, he will want to do the same thing: work with new, exciting opponents and help cast a light on the people who can be 2021, 2022, and beyond's Punk and Bryan.

Meanwhile, the current trajectory of things is likely to lead to WWE awakening from a slumber the same way many lapsed fans have due to AEW's emergence, continued homages to the old WCW days and now Punk's return. Their finest moments have famously come from adversity nine times out of 10, and they have already lined up a huge SummerSlam that rivals many past WrestleManias due to the end of lockdown restrictions and a primal urge to keep up with the Joneses.

CM Punk's return was a glorious sign of great promise for a genre that can be so gratifying and then so depressing in a very short span of time. And while it's unlikely he will become the cultural figurehead he should have been for the business ten years ago. His presence nonetheless serves as a personification of hope that wrestling can once again be as rewarding for its audience as it once was.