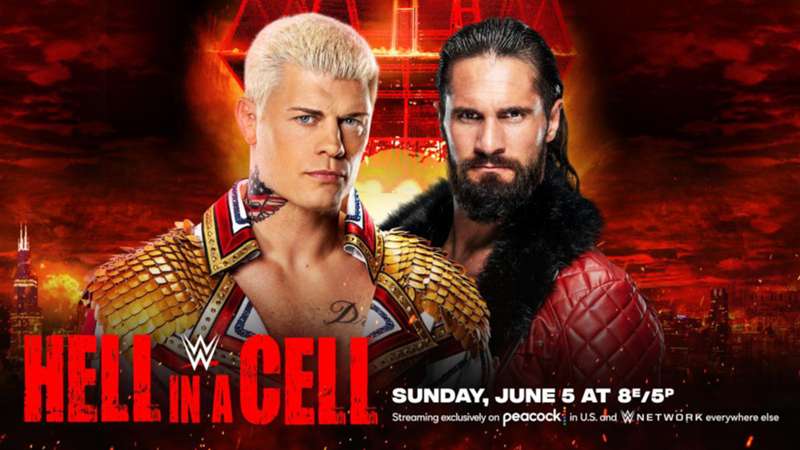 The infamous structure returns for its annual WWE event.

The next premium live event by the WWE rolls into "The Windy City" on Sunday as Hell in a Cell takes place from the Allstate Arena in Rosemont, Ill., right outside of Chicago.

Despite WWE Undisputed Heavyweight Champion Roman Reigns not appearing on this weekend's show, the main event is still strong as Cody Rhodes and Seth Rollins meet for the third time inside the Hell in a Cell structure.

Rhodes made a triumphant return to WWE after a six-year hiatus, which saw him in Ring of Honor and All Elite Wrestling, at night one of WrestleMania 38, defeating Rollins. They locked horns in a rematch at WrestleMania Backlash one month later, with Rhodes earning the victory. Now, the score will be settled inside the most destructive match in WWE.

Here is everything you need to know about WWE Hell in a Cell 2022.

WWE Hell in a Cell begins with the kickoff show starting at 7 p.m. ET and the main show getting underway at 8 p.m. ET. The card is expected to last around four hours.

WWE Hell in a Cell will be live on Peacock in the United States. You can purchase a premium subscription for $4.99 per month.

If you don't have capable internet speeds, you can order WWE Hell in a Cell through your cable or satellite provider at a pay-per-view price of $44.99.

WWE Hell in a Cell takes place from Allstate Arena in Rosemont, Ill.