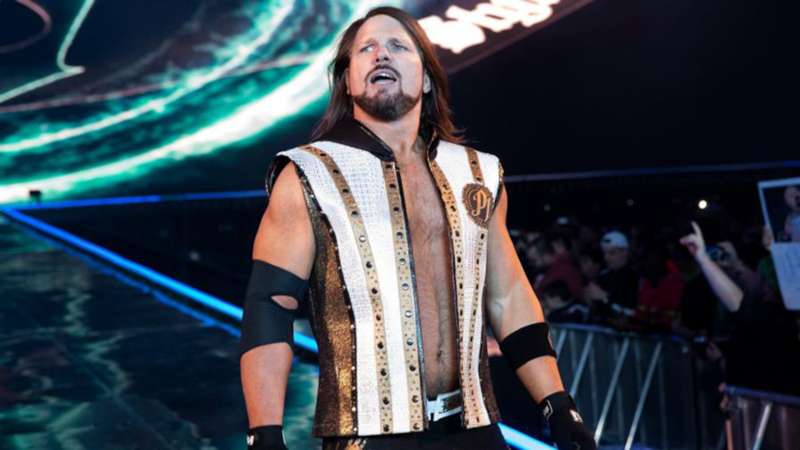 Will this dream match happen?

ST. LOUIS — Heading into 2021, AJ Styles had been a fixture in the main event scene in WWE since debuting in the company at the 2016 Royal Rumble. He'd already won the WWE Championship on two occasions and had major programs with John Cena, Roman Reigns, and Brock Lesnar.

Instead of picking up where he left off, Styles played more of the mentor and teacher role last year. He transitioned to the tag team ranks, where he partnered up with seven-foot-tall and WWE newcomer Omos, who was also Styles' bodyguard. The pairing led to Styles and Omos winning the Tag Team titles at WrestleMania 37, defeating The New Day. They held the belt for five months before losing them to Randy Orton and Riddle. Styles and Omos continued to team until the latter turned on Styles in December. Going a different route in his career was an experience the 44-year-old won't forget.

"It was enlightening to team with Omos," Styles admitted to DAZN News at Friday's WWE Media Day ahead of Saturday's Royal Rumble. "It is incredible to be able to help better the product in WWE and build for the future.

Styles enters 2022 with a new lease on life and back in singles competition. The journey to becoming a three-time world champion begins Saturday as Styles is entered into the 30-person Men's Royal Rumble. The winner of the match is guaranteed a championship match at WrestleMania 38, which takes place on April 2 and April 3 from AT&T Stadium in Arlington, Texas. Of course, "The Phenomenal One", wants to win the Royal Rumble for the first time. But if he isn't declared the winner, he's got eyes set on a match against a WWE legend that he's never stepped inside the ring at this year's WrestleMania.

"I want Edge," Styles said. "I feel like it's one of the last dream matches I have left. And the fact that it wasn't possible a couple of years ago due to him not being cleared is something I really want. The fact he came back now makes that match a definite possibility, and I'd like to have it at WrestleMania."