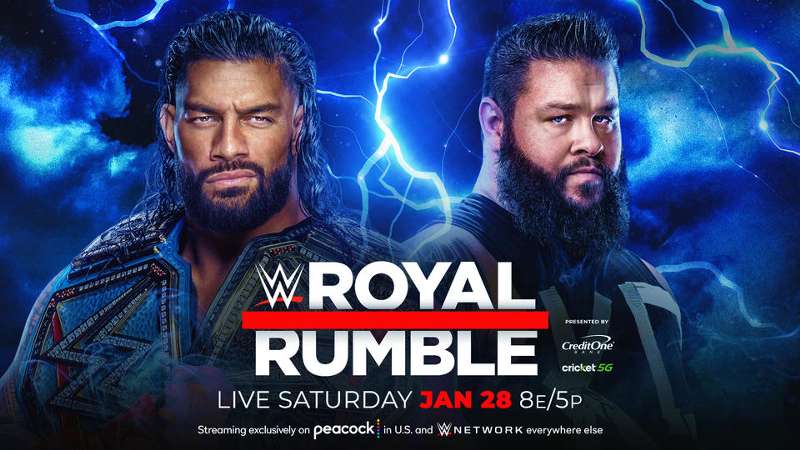 (WWE)
Watch WWE Royal Rumble on Peacock (US only)

One of the most anticipated events on the WWE calendar is here as the Royal Rumble takes place Saturday.

Featuring one of the most iconic match types in pro wrestling, the Royal Rumble is a can't-miss event for fans. This year's edition will once again feature a 30-man and 30-woman Royal Rumble match, with the winner of each earning a title shot at WrestleMania. Additionally, two belts are on the line as undisputed WWE Universal champion Roman Reigns defends against Kevin Owens and Alexa Bliss takes aim at Bianca Belair's WWE Raw Women's Championship.

As if that wasn't enough, Bray Wyatt and LA Knight will square off in a Mountain Dew Pitch Black match, the exact rules of which are still shrouded in mystery.

Here is everything you need to know about WWE Royal Rumble 2023.

How to watch WWE Royal Rumble 2023

WWE Royal Rumble will be live on Peacock in the United States and on WWE Network in rest of the world.

If you don't have capable internet speeds, you can order WWE Royal Rumble on pay-per-view through your cable or satellite provider.