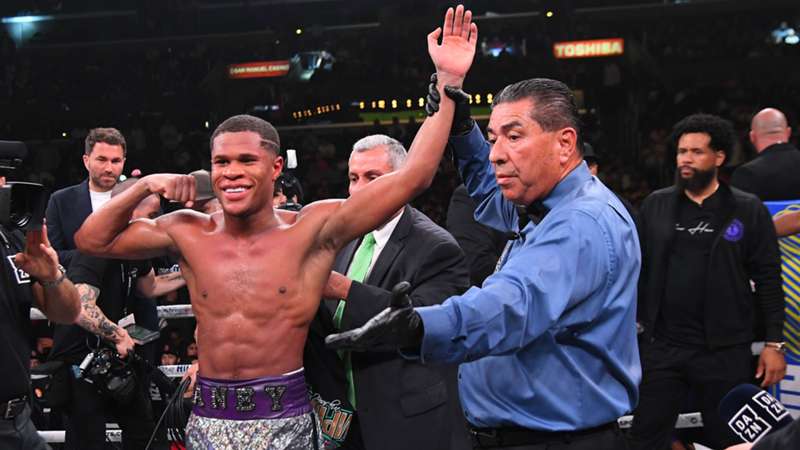 The WBC lightweight champion makes it clear who got the better of the exchanges between the two.

Teofimo Lopez bested Vasiliy Lomachenko to become the IBF, WBA (super) and WBO lightweight champion in the middle of October. The one belt missing for him to become the undisputed titleholder is the WBC crown.

That belt belongs to Devin Haney, who defends the strap on Saturday night against former unified featherweight titlist and Olympic gold medalist Yuriorkis Gamboa from the Hard Rock Live at the Seminole Hard Rock Hotel & Casino Hollywood, Florida. Common sense would be if Haney gets by Gamboa, he and Lopez would meet for all the marbles. We know how politics work in boxing, and it will be easier said than done to make the fight happen next.

The two rising stars have already been inside the ring against each other. Before they became household names, Haney and Lopez conducted two sparring sessions together out in Las Vegas, where the latter used to train and reside and where the former currently lives. Who got the better of the two? According to Haney, it was him by a country mile.

"We sparred one time at this gym in Vegas," Haney said on Wednesday's media call to promote the Gamboa fight. "We sparred twice. And it was a boxing lesson. That’s all I can say. At the end of the day, I went in there and boxed his socks off."

After Lopez took care of Lomachenko, the 23-year-old conducted a couple of post-fight interviews. When Haney was mentioned as an opponent, Lopez said he'd face him but wasn't too keen on the idea even though it would be to determine an undisputed champion and the fact Haney went from the interim WBC titlist to full champion status when the sanctioning body sent Haney an email that he is the fully recognized titleholder.

"The Dream" knows whether Lopez wants to admit or not, he needs him to be the four-belt champion.