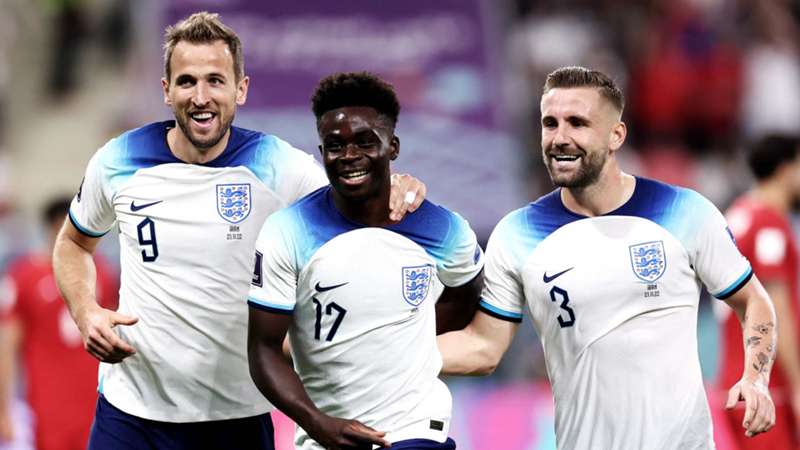 It's the second game of the tournament for both sides.

England can book a spot in the knockout stage with a victory over the United States on Friday.

The Three Lions ran out big winners to open their World Cup, defeating an overmatched Iran side 6-2 on Monday. Now they look to maintain their hot form when they face the USA, who gave up a late lead in a 1-1 draw with Wales a few hours after England's victory.

The Americans controlled the play and looked extremely comfortable in the first half against the Welsh, but a change in formation by the Red Dragons unsettled Gregg Berhalter's men and led to a disappointing ending for the Stars & Stripes. The USA will be aiming to put together a more complete performance on Friday, but the step-up in class to an England team that has finished top-four in their last two major tournaments will be a major obstacle for the young Americans to overcome.

Here's everything you need to know about Friday's match.

England vs. USA: How to watch on TV or streaming

In the UK, the match will be shown on ITV 1 and streamed live on ITV X.

Viewers in the United States can watch the match on Fox (English) or Telemundo (Spanish). Both of those channels can be streamed on fuboTV, and the match can also be streamed on the Fox Sports website and app and Telemundo En Vivo.

England vs. USA: What stadium is hosting the match?

A 60,000-seat venue in Al Khor, the Al Bayt Stadium features a retractable roof and will be reduced in size by nearly half of its seating capacity after the World Cup.

Completed in November 2021, the stadium was used for the opening ceremony of the FIFA Arab Cup 2021. It also hosted five matches during that tournament, including the final.

At Qatar 2022, the stadium will host six group stage matches and three knockout games, including a semi-final.

All kick-off times below are listed in Arabia Standard Time.