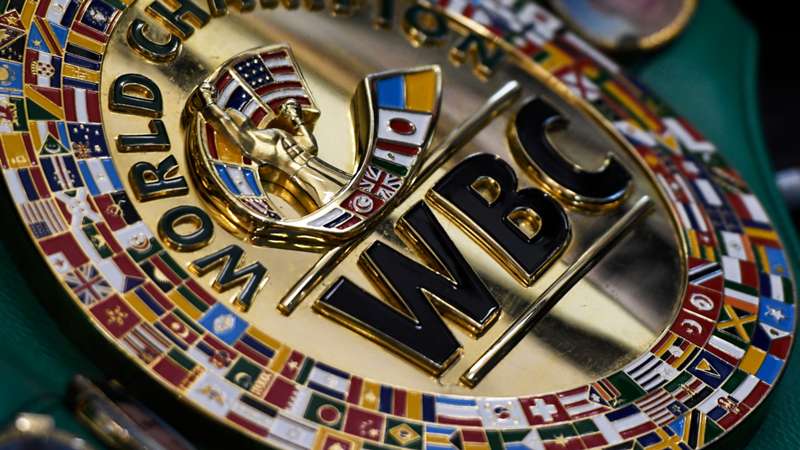 The WBC are adding another weight class and championship to professional boxing. How will it work? And what do fans and experts make of it?

The WBC are adding an 18th weight class to the 17 existing divisions in professional boxing.

The new level will sit just beneath the biggest weight class, heavyweight, and above cruiserweight as the new second-heaviest weight class to recognise its own world champion, once the WBC stage fights to determine the inaugural champion or award the belt to a fighter.

The weight limit will be 224 pounds. Cruiserweights are required to weigh-in on or under 200 pounds the day before a title fight or "eliminator" (a fight between two top contenders to determine who will challenge the champion next).

Why is the division named "bridgerweight"?

It was confirmed on Tuesday by WBC president Mauricio Sulaiman that the much-discussed new weight class would be called bridgerweight, with the inspiration coming from the recent news story of 6-year-old Bridger Walker.

Walker and his 4-year-old sister were attacked by a dog in Wyoming. He was able to protect his younger sibling from the dog, but he was badly wounded by bites. The dog's owners rescued Bridger and put pressure on the wounds until medical staff arrived on the scene.

The story went viral and captured the heart of Sulaiman, who named him an "honorary WBC champion" and presented him with a title belt.

Prior to the "bridgerweight" name being coined, many referred to the idea in conversation as "super-cruiserweight", a term that may continue to be used by many going forward as a technical term of sorts.

Traditionally, when weight classes were added to boxing beyond the original eight, alterations would be made to the existing groups (for example, super-middleweight, junior-lightweight). In this instance, there is already a light heavyweight class, and it is beneath cruiserweight as opposed to being directly beneath heavyweight itself.

Who will compete for the bridgerweight title?

One major name linked with the new division is Deontay Wilder, a former WBC heavyweight champion who lost the title in February when Tyson Fury became the first man to inflict a professional defeat upon 'The Bronze Bomber'.

It could also be a future target for Oleksandr Usyk, who in 2018 unified the cruiserweight division before stepping up to heavyweight. His unanimous decision win over Dereck Chisora on Oct. 31 had many onlookers wondering if the Olympic gold medalist can dethrone the big division's top fighters such as Fury and Anthony Joshua.

Should Usyk taste professional defeat for the first time in his quest for heavyweight gold, he could conceivably attempt to become a two-weight world champion by competing for the bridgerweight belt.

In addition, many current cruiserweights may view the "bridgerweight" division as a way of gradually working their way up to heavyweight contention.

Will the WBA, WBO and IBF add their own versions?

At time of writing, none of the three other major bodies have announced plans to introduce a "bridgerweight" or super-cruiserweight champion of their own.

They could follow suit, especially if the WBC are able to use a name such as Wilder to get things off to a high-profile start, but that remains to be seen.

What do fans make of the bridgerweight division?

So far, the reception has not been positive.

The main reason is that the WBC's reputation precedes itself. The governing body have created additional championships in the past, and they drew similar criticism last year when they introduced "Franchise" champions on top of their "regular" champions in different weight classes. Rather than following a linear system of recognising "the boxer who beats the boxer" as the champ, "Franchise" champions can be anyone the WBC decides to proclaim as the titleholder.

I'd have gone for Stupidweight.

The cruiserweight division traditionally struggles for depth and profile as it stands, with the exception of the efforts of fighters such as Usyk most recently and also Britain's David Haye to unify the various world titles on offer, and the World Boxing Super Series concept awarding the Muhammad Ali Trophy in the 200-pound ranks on multiple occasions (including to Usyk when he unified in a WBSS final).

With heavyweights likely to see more money in pursuing the likes of Fury and Joshua as the division continues its rise to prominence, a super-cruiserweight division stands a good chance of making little different to established heavyweights (unless someone like Wilder is looking to regroup before moving back up) and only further diluting cruiserweight boxing.