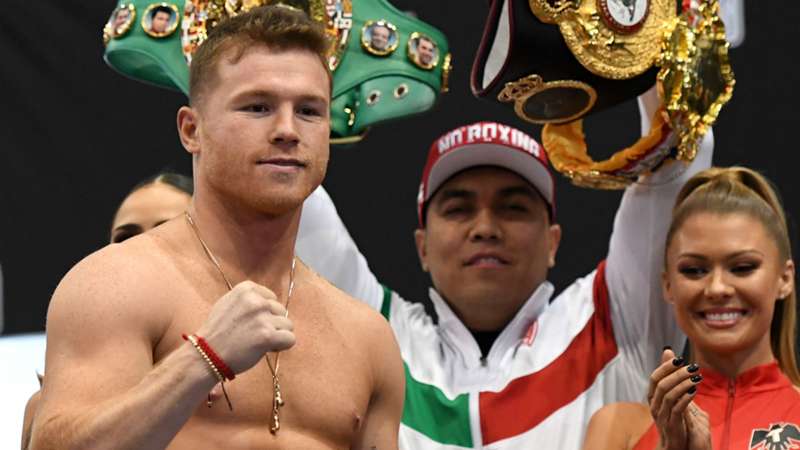 (Getty Images)
Check for Canelo vs. GGG 3 on DAZN in your region

The Mexican superstar may be on a strict diet ahead of his fight with Gennadiy Golovkin, but he admitted to still having a sweet tooth.

Can eating Nutella help make you a world-class boxer?

Well, in the case of Saul "Canelo" Alvarez, it doesn't seem to hurt.

Alvarez, who is gearing up to face Gennadiy Golovkin in a highly anticipated trilogy bout on Sept. 17 live on DAZN PPV (U.S., Canada, UK, Ireland, Australia, and New Zealand) and DAZN (around the world excluding Mexico, Latin America, and Kazakhstan), appeared on "Snacked" and dished about his favourite snacks, with Nutella & Go topping his list.

"With these, I'm not lying. I keep boxes of them in my house, and every day I have to have three," Alvarez said while diving into a box of the sweet treat on the show, presented by popular YouTube channel  First We Feast . "So there's always some around.

"I always eat three or four of these Nutella. This is delicious.

The surprising revelation came just over two weeks prior to Alvarez's bout with Golovkin, which will take place at the T-Mobile Arena in Las Vegas.

The Mexican superstar even joked about the effect the show would have on his strict diet ahead of the big fight.

"I'm going to leave here with a big belly, honestly," Alvarez said after taking a bite of a Snickers bar.

Among the snacks Alvarez highlighted were Doritos, M&Ms and Mexican favourites Pulparindo, Sabritones and Tajin.

Watch the full video below: