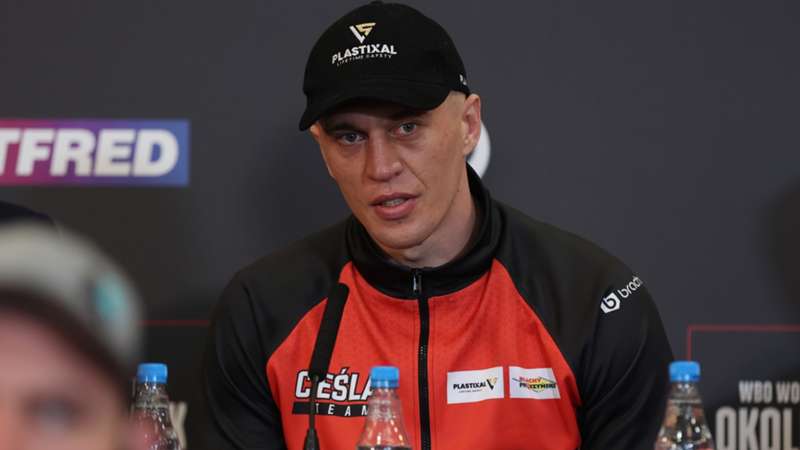 The pair go head-to-head for the WBO world cruiserweight title on Sunday night.

For Poland's Michal Cieslak, his fight against WBO world cruiserweight champion Lawrence Okolie is a chance at redemption.

His loss to Ilunga Junior Makabu for the WBC title is the only blemish on his 22-fight record. Still, instead of worrying about Okolie, Cieslak's sole focus has been on himself in the build-up to Sunday's main event, which is live on DAZN (except Australia and New Zealand).

“To be honest, I don’t care what other people think like media or supporters. I’m focused on myself and on what I’m going to do Sunday," Cieslak said at the press conference. "I am aware that there will be a lot of supporters from my city of Radom and other places around Poland. I can’t wait to fight in this bout.

“Today, I’m focusing on myself, so I’m not interested on how hard he punches and how strong he is. I’m going to do what I have to on Sunday, and I’ll be celebrating then.”

Okolie, on the other hand, was in a fiery mood in front of the media and is hoping to pull off the 15th knockout of his professional career.

"I’ve had 17 fights, 14 by KO. On the weekend, it’ll be 18 and 15 by KO," Okolie stated. "Everyone can say what they want about the opponent until after I’ve beaten them, and then we’ll be onto the next one, and we’ll see what everyone says about him.

“I think power is secondary. It’s more so for fans and my opponents to watch and see what I’m doing. In the ring, as I’m going to show on Sunday, there’s so many other things that I do that are overlooked. It all ends in a KO, which is why people care about power. Nothing else has mattered since the fight got signed. It’s up to be to wipe the smile off his [Cieslak] face and all of his Polish teammates on Sunday.