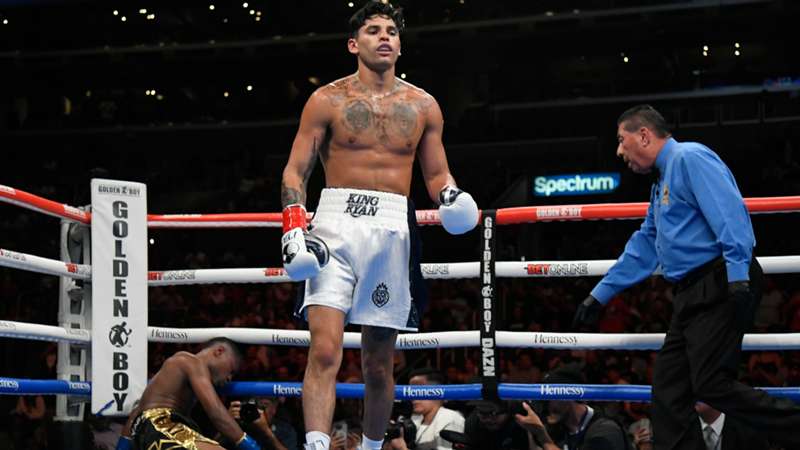 GettyImages
Watch the Garcia vs. Fortuna replay on DAZN

"King Ry" also shared a backup plan in case the fight with "Tank" doesn't pan out.

See y’all the end of the year..#TheONE

However, Garcia didn't appreciate his name not being included in Davis's message.

"I just don't like that he just doesn't make things clear," said Garcia during the postfight press conference inside the Crypto.com Arena in Los Angeles, Calif. in regards to Davis's tweet.

"If he says, see you in December, make things a little bit clear — 'Ryan, let's get it on.' I feel like I'm very transparent in the way I talk. I call him out not because I'm thirsty. I call him out because that's generally what I want to do.

"We'll figure it out with the teams and we'll make it happen," he added.

However, in the case that the Davis fight can't get made, Garcia has circled another star fighter on his list.

"If that fight for some reason doesn't happen, which I don't see that happening, but if it doesn't happen," Garcia said, "then I want to fight Teofimo Lopez at 140 (pounds)."

That being said, as aforementioned, Davis (27-0, 25 KOs) takes first priority and Garcia (23-0, 19 KOs) firmly believes that he'd have an edge in several departments over "Tank" even if "King Ry" would have to drop back down to 135 pounds to make it happen.

"What can I take advantage of him?" Garcia pondered at the press conference about a possible clash with Davis.

"I know that I have more speed than him. I know that I'm taller and I know that I'm bigger. But we'll have to see when we get in there. It doesn't really matter about how he fought or how I fought this fight. I've learned that once you get in there, the fight starts unfolding for itself, and I'll figure it out when I'm in there."