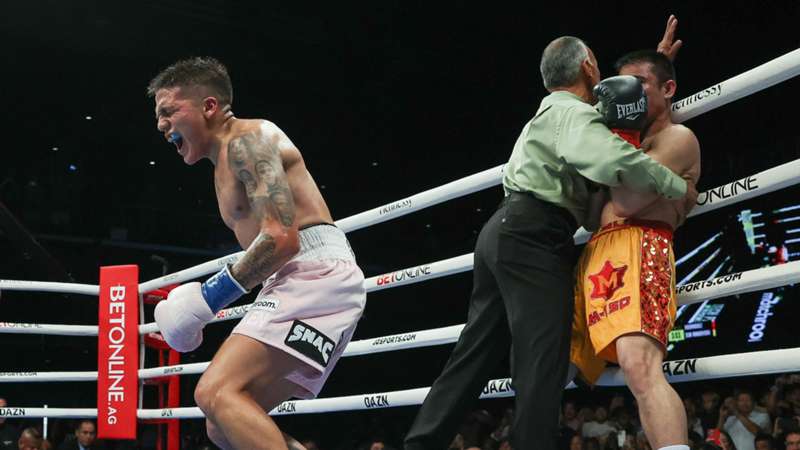 Tony Bellew is full of praise for Jesse Rodriguez in his latest DAZN column.

You’ll do well to find a bigger fan of Jesse Rodriguez than me. In the space of a few months, ‘Bam’ has gone from a kid with the entire world in front of him to a man who is now one of the best fighters in the entire sport. His rise has been incredible and at 22 years of age, there’s going to be a lot more to come from the outstanding Texan.

Be honest, at the start of this year when you think about what fighters will be in the discussion for the end of year awards, how many had Rodriguez on their mind? The usual suspects like Canelo Alvarez, Terence Crawford, and Oleksandr Usyk would've been on there, but Rodriguez is surely the favourite at this point, and he deserves to be due to the ambition he’s shown.

With only 14 fights to his name at the beginning of 2022, it would've been fine for Rodriguez to carry on learning his trade and getting himself ready for world level the following year. Instead, when the opportunity came up to fight Carlos Cuadras for the WBC super flyweight title, Rodriguez showed maturity way beyond his young age to produce a stunning performance and win well on the scorecards.

If that fight answered questions about his bottle and determination, last weekend’s stoppage victory over Sor Rungvisai told us a lot more about Rodriguez. He was flawless from the first bell and when the chance came to close the show in style, Rodriguez took apart the legendary Thai fighter and proved once again just how special he is.

What comes next for Rodriguez should prove interesting. There’s talk of Roman Gonzalez and Juan Francisco Estrada going at it again before the year is out and the winner of that against Rodriguez will be absolutely brutal. There are few better fights in the sport than a meeting of the world’s best super-flyweights and that’s a fight I’d do anything to be ringside for.

If successful against either of those high-profile names, the next few years of Rodriguez’s career have so much potential and there's several fascinating scenarios. Can he go down to flyweight and clean up there? What about a move up to take on the brilliant Stephen Fulton? Or does he aim as high as possible and face Naoya Inoue. The possibilities appear endless for Rodriguez.

At 22, and with Matchroom securing his services for the next few years, Rodriguez can be whatever he wants and it’s very rare I say things like that. This is a kid who has all the tools and determination to be one of the best fighters of all time. He’s surely knocking on the Pound for Pound list’s door, and believe me, once he gets in, he isn't going anywhere for a long time.