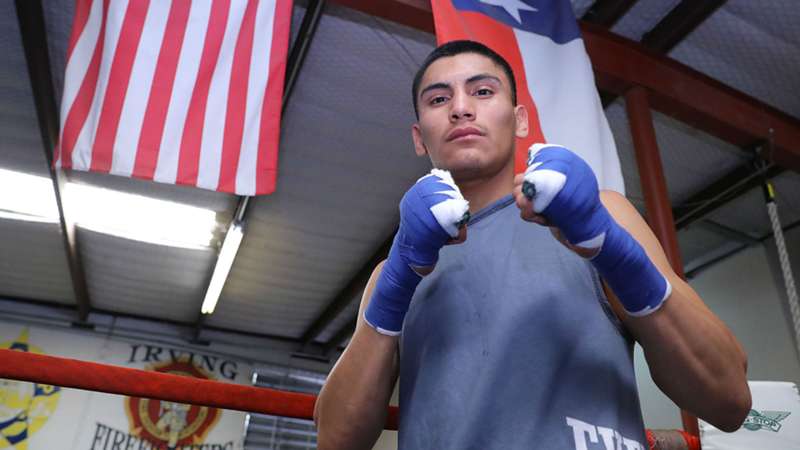 What a dynamic welterweight fight Ortiz vs. Ennis would be in its own right.

When it comes to rising boxing stars 25-years-old and under, Vergil Ortiz Jr. and Jaron Ennis are two of the more intriguing, dynamic names that the sweet science has to offer.

They’re both undefeated and have situational similarities compelling enough to create clamor for a possible bout between the two.

Why would Ortiz vs. Ennis make sense in the near future? They find themselves on common ground — lobbying for a world welterweight title opportunity but mired in an arduous waiting game as unified IBF/WBA/WBC champion Errol Spence Jr. and WBO titleholder Terence Crawford are trying to negotiate a mega bout for undisputed glory.

In the meantime, Ortiz, 24, will look to extend his KO streak to 19 straight when he clashes with unbeaten Michael McKinson from Dickies Arena in Fort Worth, Tex., and live on DAZN, Saturday night. If successful there, perhaps Ortiz should look to Ennis.

Spence and Crawford seem hellbent to make their fight happen. If Ortiz defeats McKinson, he can look toward testing his skills against a former 147-pound world champion such as Keith Thurman or Yordenis Ugas. And Ennis could do the same.

Or they could usher in their new generation of welterweights by turning to each other. As thrilling as a Spence-Crawford clash would be to finally decide who reigns supreme at 147 pounds, Ennis vs. Ortiz would be a must-see matchup as well.

Ortiz (18-0, 18 KOs), as aforementioned, has been an absolute knockout artist, looking for his 19th consecutive victory.

Both Ennis and Ortiz have grinded their way to the brink of a world title shot.

Ennis, the No.1 contender for the IBF title, used the aftermath of his second-round destruction of Custio Clayton at the Dignity Health Sports Park in Carson, Calif. in May to call out Spence, who was sitting ringside.

Spence responded through Gray: “You might catch something you don’t want.”

Ortiz, the top contender for the WBO title, called out Crawford on a couple of occasions. After stopping Maurice Hooker in Fort Worth last March, Ortiz let Crawford, who was ringside, know that he wants a title shot.

“There’s so much s—t going on in boxing, I don’t even know what I have to do anymore,” Ortiz told DAZN’s Chris Mannix about getting a title shot.

He added: “I’m ready to fight whenever.”

Letting Spence vs. Crawford play out would resolve the issue of welterweight supremacy between the 32-year-old and 34-year-old, respectively.

Ortiz and Ennis scrapping could determine who’s most ready to vie for that undisputed crown — whether that winner takes on Spence or Crawford.