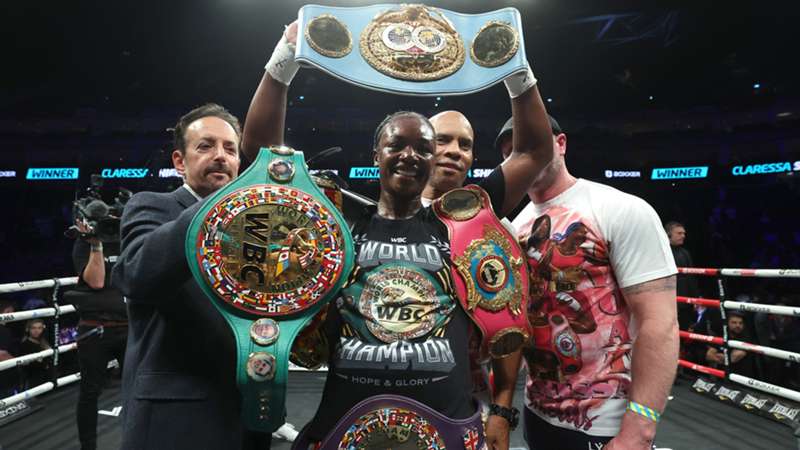 "I feel like my legacy in boxing is really cemented, which it already was, but now it’s really cemented," she started telling DAZN News on Friday night inside the Hulu Theater at Madison Square Garden, where she was watching the 2022 PFL World Championship cageside.

That being said, while the two-time undisputed boxing world champion still has plenty of options within the sweet science, trying to conquer mixed martial arts would make her the GWOAT in combat sports, period. And that intrigues Shields, 27, toward her next lofty ambition.

Prior to witnessing friend Kayla Harrison be shocked via a unanimous decision loss to Larissa Pacheco in the PFL World Championship main event, Shields said a possible showdown between her and Harrison could be made "in time" but that she needs to carve out more training time.

"I've been doing MMA for a year and a half but I've only been able to train for MMA for maybe six to nine months," Shields said. "I haven't been able to really train. I'm trying to get a schedule for where I'm training for MMA year round."

For what it's worth, Pacheco, who looked crisp striking Harrison with clean punches, would be game for a crack at Shields in the near future, adding that she'd be willing to throw hands with the boxing great in the center of the PFL cage.

"It'd be awesome," the newly-crowned PFL world lightweight champion told DAZN News as a part of her post-fight press conference. "To beat a boxer would be amazing. I beat an Olympic (boxing) champion. Let's make it two."