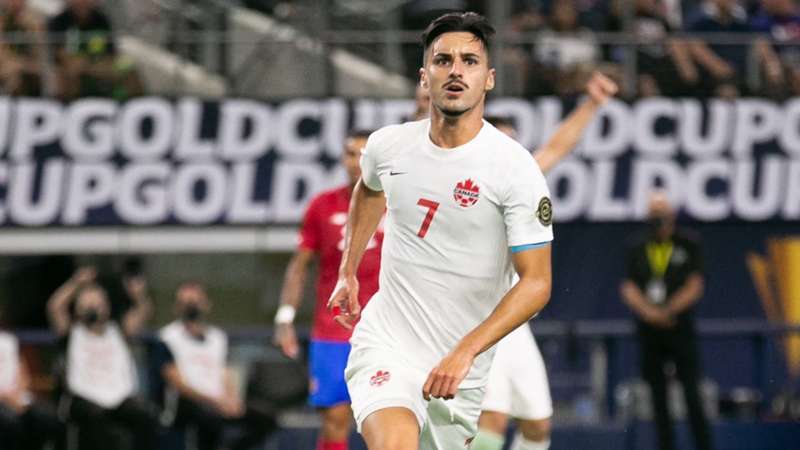 Canada will play twice during the final international break of the year before Qatar 2022.

With the World Cup firmly in view, Canada head coach John Herdman announced on Friday the 27-man roster that will play friendly matches against Qatar and Uruguay next week in Europe.

Unsurprisingly, Herdman's squad is mainly made up of players who featured in the team's recent World Cup qualifying campaign, although there are a couple of new players in the mix.

CF Montreal defender Joel Waterman is in line for his first international appearance after attending previous camps but not being used in games. The 26-year-old has been a stalwart on a Montreal side sitting second in the MLS Eastern Conference.

Meanwhile, teenager Luca Koleosho returns to the Canada squad after attending the ill-fated June camp that saw scheduled games against Iran and Panama canceled due to a player strike. An 18-year-old with limited experience in La Liga with Espanyol, Koloesho is also eligible for the United States and has yet to decide his international future.

Waterman and Kolesoho join a Canadian team that excelled in World Cup qualifying but hasn't played outside the region since prior to the global COVID-19 pandemic. Herdman stressed the importance of having his team step out of its comfort zone prior to the World Cup.

“Being our first trip outside of Concacaf and first games against non-Concacaf nations since the journey started back in 2018, we will learn a lot in these moments,” Herdman said. “Both opponents present different types of tests, and with the quality of Uruguay, we will see and feel first-hand the intensity of that next level opponent.”

Missing out on the September friendlies are 39-year-old captain Atiba Hutchinson, Toronto FC defender Doneil Henry and David Wotherspoon of St. Johnstone. All three players are injured, while Herdman told reporters that Tajon Buchanan, who has yet to feature for Club Brugge this season, is joining the camp with a strict limit on the minutes he'll be able to play.

Canada faces World Cup host Qatar on Sept. 23 in Vienna, Austria, before taking on 13th-ranked Uruguay on Sept. 27 in Bratislava, Slovakia. The Canadians will play one final friendly match against Japan on Nov. 17 in Dubai before opening their World Cup against world No. 2 Belgium six days later.