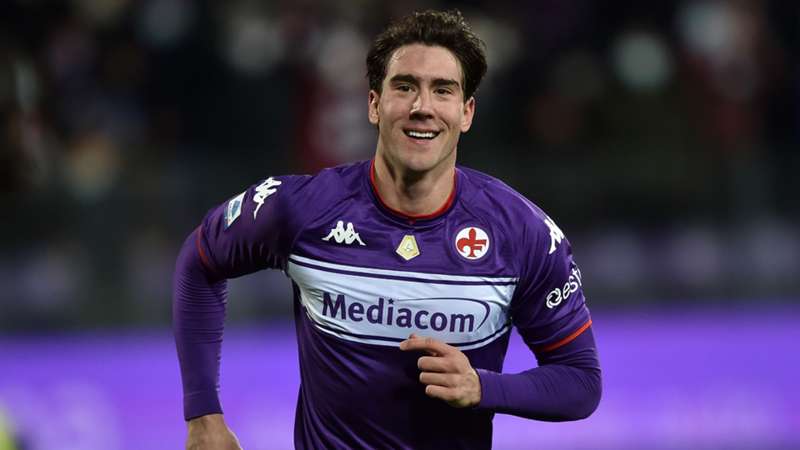 Watch the Premier League on DAZN in Canada

We look at five big deals that remain on the cards

The January transfer window closes in little over a week, on January 31st, 11:59 p.m.

So far Newcastle and Aston Villa have been leading the way in the market for the Premier League, as they try to make sure of survival and reach the top four, respectively.

But almost every club will be keeping their eye out for a bargain, some will become desperate to avoid the drop and others will hope to transform their season with one brilliant arrival. After the blight of coronavirus, some sides need to raise funds and may consider offers for their prized players. DAZN News takes a look at the five major transfers that could still happen.

The 21-year-old Serbian has a contract that runs out in 18 months and so far he has shown little interest in negotiating a new deal to stay with Fiorentina. However, they are not willing to let him go, with some suggestions that Arsenal - or anyone else, for that matter - will need to stump up £50 million this winter. Perhaps the Italians would rather get the next few months of the player as they attempt to secure Champions League football for next year, and then will take a hit in the summer. Some stories have claimed that the player's agent also wants a hefty commission for facilitating any deal, so January might not be the time for any complicated and expensive transfer.

Both United and Liverpool have been rumoured to be keen on the Swiss international midfielder with the 25-year-old out of contract at the end of the season. His current club are reportedly willing to let him go for just seven million euros in an attempt to avoid losing him for nothing in the summer. Arsenal are also interested in the player who has adjusted well to the Bundesliga, though stories suggest that United are unwilling to back Ralf Rangnick in the market as his contract draws to an end.

Ramsey is not wanted at Juventus as they look to cut costs, and after his free transfer from Arsenal he was said to earn around £400,000-a-week in Italy. He has struggled for his best form and lost his place under Max Allegri, who said this weekend that he expects the player to move on in January. For Newcastle though, Ramsey isn’t the only target. A defender such as Diego Carlos at Sevilla remains a priority, as does Jesse Lingard at Manchester United.

Traore almost joined Spurs on loan last summer, when his former Wolves boss Nuno Espirito Santo switched to North London to replace Jose Mourinho. However, things were quickly changed up after Nuno’s struggles, but new man Antonio Conte is still keen. Talks are ongoing over a transfer that could be worth around £20m, with the 25-year-old Spanish international possibly converted to a wing-back in much the same way as Conte change Victor Moses’ role when they were both at Chelsea.

The 21-year-old Argentine forward can play across the front three positions and that versatility might suit Pep Guardiola, who is a fan of repurposing his players to work how and where he wants, and who does not always want a straightforward striker to lead the line. However, City are definitely a forward light, and that situation has been exacerbated by the departure of Ferran Torres to Barcelona following Sergio Aguero’s free transfer to the same club. Harry Kane was one option that fell through, and now they could meet the £20m release clause for River Plate forward Alvarez. It has been suggested that any transfer may not alter City’s immediate plans, though, as he may finish his season in Argentina before making the move to one of City’s sister clubs to aid his development. He has also been linked to Manchester United, amongst other European sides.