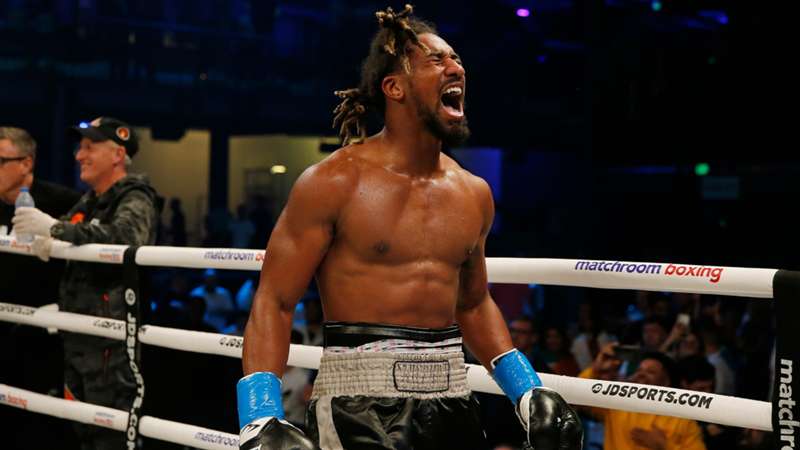 The current WBO middleweight champion lets it be known that he feels he's being avoided in a heated press conference scene.

Demetrius Andrade made his presence felt during the Canelo Alvarez vs. Billy Joe Saunders fight Saturday night at AT&T Stadium in Arlington, Texas.

In between rounds, cameras showed Andrade, who got greeted with a chorus of boos, in the crowd wearing a t-shirt that said 'Canelo and Billy Joe are scared to fight Boo Boo Andrade'.

Then, after the main event — won by Canelo in some style — Andrade went as far as to interrupt the unified 168lbs champion during the post-event press conference in an attempt to hype a future fight between the two.

.@BooBooAndrade just interrupted @Canelo’s presser to demand a fight and what a wild scene it was! Andrade was escorted by security as Alvarez repeatedly said “get the fuck out of here, you’ve fought nobody” while laughing. Never seen this much emotion from him #CaneloSaunders pic.twitter.com/BC2IsYLnLH

Andrade has it made clear that he wants Alvarez even though the unified super-middleweight champion has made it clear he doesn't want to face Andrade because the Mexican star feels that the Rhode Island native hasn't faced anyone of note and is "very boring."

Plus, Alvarez is trying to become boxing's first undisputed super middleweight champion. Still, Andrade has long lobbied for a shot at Canelo.

“The window for the elite fighters is closing, and everybody is beating everybody, so the best needs to fight the best. That’s it,” Andrade told The Ring. “That’s what it’s going to take – the best actually stepping up and saying, ‘Yeah, let’s fight.’

“I don’t want to fight anyone else. Nobody cares about anybody else but the names that we all know.”

Andrade and Saunders were supposed to fight in 2018, but the Englishman tested positive for a banned substance. Andrade went on beat Walter Kautondokwa to win the vacant WBO 160-pound title.