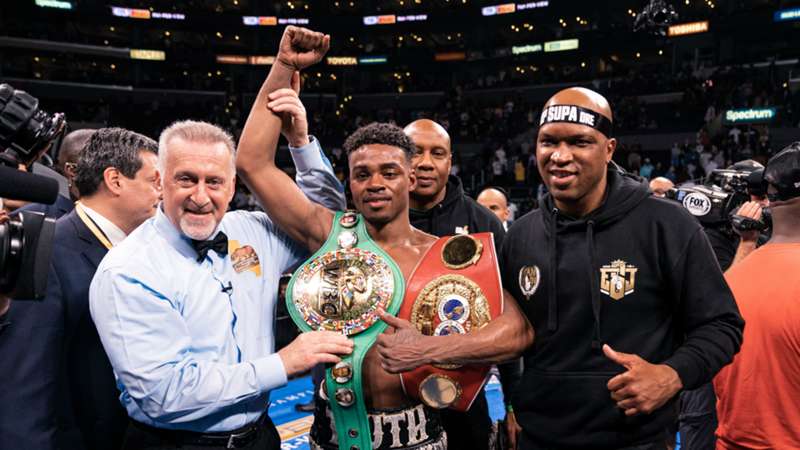 DAZN expert columnist Tony Bellew looks ahead to a big weekend that could have huge implications at welterweight.

What a weekend we have coming up in the welterweight division.

For as long as I’ve been in this sport, 147lbs has always been a weight class on fire and it’s no exception today as a number of the world’s best fighters sit in the top places. One of those fighters is Errol Spence, and if he’s to land a future fight with Terence Crawford, another P4P great, he’ll have to look the part against Yordenis Ugas on Saturday night.

Watching Spence up close when he took apart Kell Brook back in 2017 showed me just how good a fighter he is. Kell is a big welterweight and an exceptionally good fighter himself, but Spence’s size that night combined with the pressure he put on Kell throughout eventually told in the end. He hasn’t looked back since becoming world champion on that night and I expect him to keep that momentum going against Ugas.

The Cuban hit the jackpot last year when he went in with a faded Manny Pacquiao, but no matter what shape the legendary Filipino was in, Ugas still had to do a job.

There was pressure on him due to the fact an aged Pacquiao could still make most fighters look silly, but Ugas impressed me with how professional he was throughout the whole event, and he deserved his win. Against Spence, he’s facing an altogether different test.

The Texan has hardly put a foot wrong since turning pro and if a fight with Crawford is to be made in 2022 then he can’t afford any slip ups against Ugas. Spence will use his strength, brilliant boxing brain, and excellent jab to score against Ugas, and once again, boxing will be left without any doubt on who the two world’s best welterweights are. Fingers crossed we get to see who is number one sooner rather than later.

Just a few hours before Spence takes on Ugas, Conor Benn, a fighter who wants to get where Spence and Crawford are, has his latest test as he takes on Chris Van Heerden.

The South African knows his way around after sharing the ring with several solid operators, and he’ll be very confident that he can be the man to derail Conor’s momentum.

I’ve seen a few interviews with Conor this week on DAZN saying he’ll fight anyone, but he must be a little more cautious and continue to listen to his team.

He’s a young fighter and I know how that feels. I was desperate to run before I could walk. I had a great team around me and so does Conor. If he looks impressive against Van Heerden then I think his dream of a huge fight will become a reality later this year.