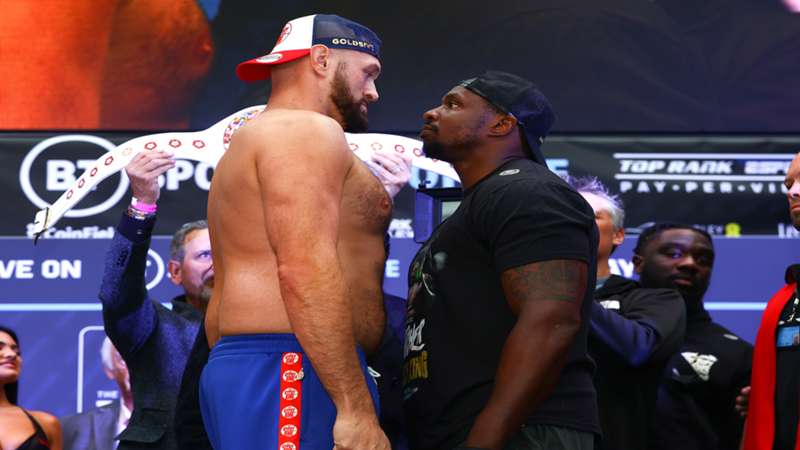 Three of the biggest heavyweight names are also on his shortlist.

Dillian Whyte has four more fighters on his wishlist before he will consider retirement.

The 34-year-old Briton is preparing to fight unbeaten American Jermaine Franklin in London on Saturday night, in a fight shown live on DAZN.

Promoter Eddie Hearn has suggested that the man who emerges victorious will be in line to be Anthony Joshua’s comeback opponent, but also suggested that defeat for Whyte could potentially derail his career if he wants to remain at the top.

Whyte’s ambition, however, remains undimmed, and speaking ahead of his vital next clash, he suggested he wants four of the biggest names in the heavyweight division before he considers stepping away.

He is aiming to make a return to winning ways after losing to Tyson Fury in his mandatory challenge for the WBC championship, but named Fury as one of his four targets.

"Joshua, Fury, Usyk and Deontay Wilder and then I have fought everyone before I end my career," he said of the years ahead.

"I would love to fight them all before I stop. If someone said to me those are my next fights win, lose or draw I would sign the paper now. I want revenge against Fury.

"I can beat anyone on this planet. I just have to be right and connect with my punches. I don't care. I am willing to go wherever, anywhere these fights make sense. I want to give the fans the best fights, so when I hang up my gloves I can say 'I may have come up short here and there' but I have fought the best.”